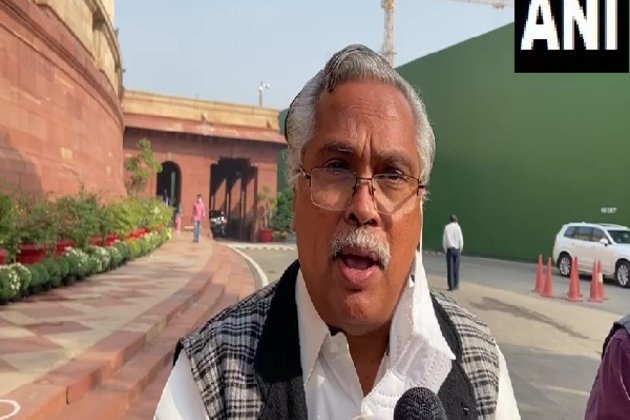 New Delhi [India], November 27 (ANI): The Communist Party of India (CPI) has opposed the Union Finance Ministry's decision of limiting the pre-budget consultation meeting with the trade unions to 75 minutes.

In a letter to Finance Minister Nirmala Sitharaman, the Leader of CPI Parliamentary Party, Binoy Viswam, has termed the ministry's decision as "absurd" and "arbitrary.""I write this letter to express my protest and to vehemently oppose the absurd decision of the Finance Ministry to limit the Pre-Budget consultation meeting with the trade unions for just 75 minutes alone, that too in virtual mode. This arbitrary move to call the meeting virtually, even after easing all Covid restrictions, must also be reconsidered," Viswam said in the letter.

Sitharaman, on November 21, started pre-budget consultations with industry leaders, experts in infrastructure and climate change and various stakeholders through teleconferencing.

As a part of these consultations, the finance ministry is scheduled to meet trade unions on November 28 to seek suggestions for the 2023-24 budget-making. These unions have also expressed disappointment for calling the meeting on virtual mode.

"According to the Labour Ministry's physical verification, there are 12 central trade unions in our country. Allotting a mere 75 minutes for the whole meeting gives each trade union less than five minutes or even less, if there are routine opening remarks. I wonder whether such a deplorable treatment would be accorded to industrial and corporate organisations such as CII or FICCI," the Rajya Dabha MP further wrote in the letter.

Citing the Central Trade Unions' recent discussions with Union Labour Minister Bhupender Yadav, urging the Centre to withdraw the four codes, the CPI leader urged the union minister for a "meaningful discussion.""I would also like to bring to your attention that the recent discussions the Labour Minister, Bhupender Yadav ji, had with the central trade unions had to end without arriving at a consensus on any of the trade union demands. Therefore, it is imperative that a meaningful discussion be held with the labour organisations to address the issues of labourers," the Upper House MP from Kerala further wrote.

The trade unions in the letter requested the finance minister to consider, "whether such kind of consultation exercise, that too with the major stakeholders like "Labour Organisations", representing the most productive segment of the society, who are actually generating GDP (gross domestic product) and value creation for the whole economy," is at all compatible or fair in a democratic governance system worth its name. The trade unions also expressed their emphatic protest against such a ritualistic approach of the government/ministry. (ANI)