BEIJING, Oct. 11, 2022 /PRNewswire/ -- Quanzhou city of east China's Fujian Province has attached much importance to science and technology innovation as the driving force of development to build itself into a leading manufacturing hub with stronger capacity. 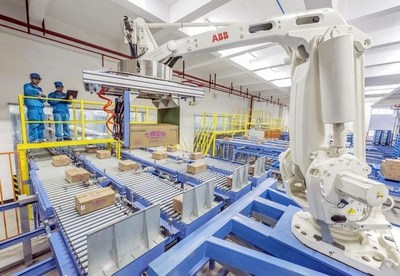 Quanzhou is committed to the development of the real economy. It has formed nine industrial clusters worth 100 billion yuan respectively including textile and clothing, footwear, food, building materials, etc.

In 2021, the city's GDP reached 1.13 trillion yuan, with the total industrial output value jumping over 2 trillion yuan and the industrial added value ranking among the top ten in China. Quanzhou is also among the first batch to be listed as a national demonstration city of private economy and innovation.

Quanzhou municipal government has taken efforts in the past ten years to promote sci-tech innovation and formulated 19 policies for industrial transformation and upgrading as well as optimizing supply chains. In Jinjiang city of Quanzhou, enterprises are encouraged to step up sci-tech innovation and industrial transformation in the next two years with incentive support funds of 3 billion yuan.

In addition, Quanzhou has also built a batch of technology platforms with universities, enterprises and academic institutions to help nearly 2,000 enterprises solve technical problems. These platforms have covered sectors such as intelligent equipment, information, textile and building materials.

Currently, the high-tech industry is becoming a new engine for Quanzhou's high-quality development. By the end of 2021, a total of 1,630 high-tech enterprises have settled in the city. In the first half of this year, the added value of high-tech industry above the designated size grew by 13.5 percent year on year.

NEW YORK, New York - Concern about the spreading of Covid-19 across China kept investors on edge Monday, with all ...

LONDON, England: The UK National Crime Agency has obtained a civil recovery order for some $65 million of suspected criminal ...

Stocks markets across Asia Pacific rattled by protests in China