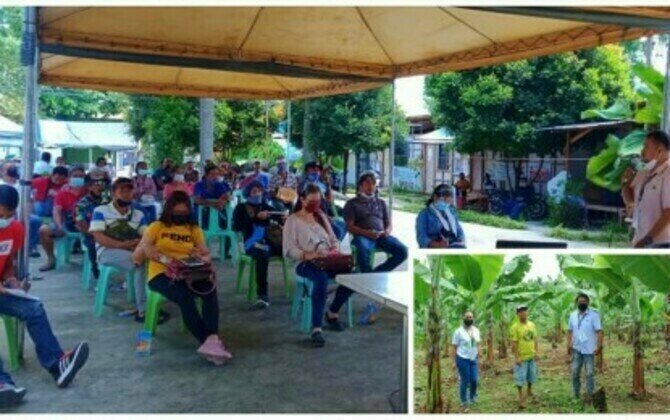 MANILA - A House leader on Monday said the expected signing of an executive order imposing a moratorium on payments of amortizations fees and interest loans of agrarian reform beneficiaries (ARBs) is a "signal" for Congress to enact a law regarding this matter.

House Ways and Means Committee chair Joey Salceda said the executive order, which is set to be signed by President Ferdinand Marcos Jr. on Tuesday, would cure "one of the most glaring self-inflicted wounds" in the Philippine agriculture sector and would be "one of the great achievements" of this administration.

"It's the first major Executive Order that PBBM will issue for farmers, so it is historic," Salceda said. "And it sends an unmistakable signal to Congress about where the President wants to take this. He means what he says in the SONA (State of the Nation Address). We need to enact a law condoning the PHP58 billion in ARB debts."

The measure proposed by Salceda seeks to condone the PHP58 billion in agrarian reform debts of 654,000 agrarian reform beneficiaries and involving a total of 1.18 million hectares of awarded land.

The signing of this EO, Salceda said, would mean that the Marcos administration prioritizes improving the economic lives of the farmers.

"With this EO, PBBM is wielding the might of his 59 percent mandate - a mandate built heavily on his emphasis on farmer and rural development. Things that were not politically possible then are possible now. That is the message he sends with this EO," Salceda said.

He said the House committee on agrarian reform is set to meet on Wednesday to tackle the proposal.

"When I first proposed it, the debt was at PHP42 billion. Now it's at PHP58 billion. Far from being paid down, the debt actually increased. So, these are not good loans. These are clearly tying down economic output and the efficient use of land," Salceda said.

He said the cost is the condonation of a non-recoverable asset, which is the bad loans, arguing that the harm in not doing it then was the "stagnation" of the agricultural sector.

"These are zombie loans. And because the owners cannot collateralize the land for farm loans, or sell it to better farmers, we also have zombie farms - neglected rural land that nobody is farming, even when they have already been awarded to the tenants," he said.

He said the measure will pave the way for more efficient use of agrarian lands in the country, including greater farm consolidation, resulting in economies of scale.

The proposal will allow ARBs to lease their lands to more efficient farmers or consolidate their lands within cooperatives or farmer corporations.

He said the Department of Agriculture will have support programs for farm consolidation, so it will also open up opportunities for more government assistance towards ARBs. (PNA)