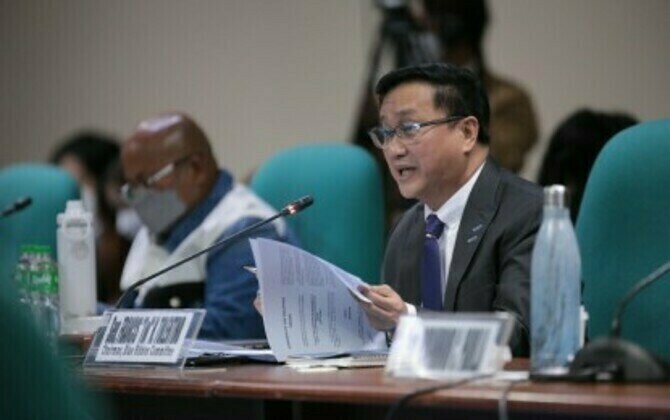 Tolentino, who is a Brigadier General of the Philippine Army Reserve Force, made the statement during the inauguration on Wednesday of the National Capital Region Regional Community Defense Group's Military Police (NCR-RCDG MP) Building in Fort Bonifacio, Taguig City under the Tatag ng Imprastraktura para sa Kapayapaan at Seguridad (TIKAS) Program.

"Malapit na pong manumbalik ang ROTC. Yan po ang nakikita ko. Kaya napaghandaan na po natin ito (ROTC is coming back soon. That's what I am seeing. And we have already prepared for this). The ARESCOM will be a vibrant community, a vibrant institution of the reserve force in the months and the years ahead," Tolentino said in his message.

He said that ARESCOM, which is currently being led by Brig. Gen. Fernando Felipe, will be having its own chapel, a new headquarters building, and a General Hospital within the year.

Tolentino urged the officers to be steadfast, not just in reassuring their command, but also in shaping future soldiers through the traditions of honor, loyalty, valor, duty, solidarity, and love of country.

"I wish in the days ahead, your sacrifice and enthusiasm will be sustained. I fervently pray that the building that we have just inaugurated will be a haven for education, peace, unity, and growth of our army personnel," he said.

Tolentino also pledged his support to the army officers and reservists, not just in terms of infrastructure development through the TIKAS program, but also in policy-making.

Under the ARESCOM, which is based in Tanza, Cavite, the NCR-RCDG handles the university/college-based Department of Military Science and Tactics-administered mandatory basic training and the optional advanced ROTC; and the territorial unit-administered Basic Citizen's Military Training (BCMT).

It makes the administration and training of reservists more compartmentalized and territorial-based with its base units which include the Headquarters & Headquarters Service Company, the ROTC Training Unit, the Citizens Military Training Unit, and the Reservist Management Information Systems Office.