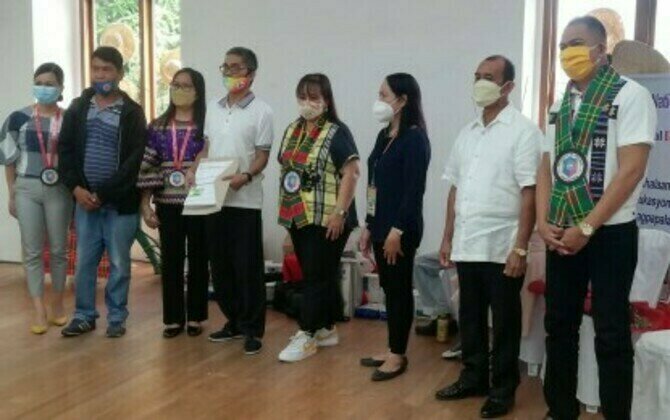 SAN JOSE DE BUENAVISTA, Antique - Persons with disabilities (PWDs) in Antique are thankful for their membership coverage in the Philippine Health Insurance Corporation (PhilHealth), saying it spares them from worrying about hospital bills.

"We are now encouraging our PWD members to really take time to have themselves registered under the Philippine Registry of PWDs so they could avail of the privilege," Ruben Balbuena, newly inducted president of the Antique Association of PWDs, said in an interview Sunday.

He said it is a huge privilege realized under the administration of President Ferdinand "Bongbong" Marcos, Jr.

Balbuena was inducted into office during the culmination of the 44th National Disability, Prevention and Rehabilitation (NDPR) Week on July 22.

The Antique Association of PWDs has around 12,000 members in the province, but many have not yet registered online with the Philippine Registry of PWDs because of their lack of knowledge on how to do it or slow internet connection in their municipalities.

He said the officers of their association together with those from the Provincial Disability Affairs Office (PDAO), which is under the Antique Provincial Social Welfare and Development Office (PSWDO), plan to visit the towns with low registration in order to assist their members.

Salvador Lancara acknowledged the need for coverage, saying he is living alone, relying on farming for a living.

He said his income as a farm tenant is only enough for his daily needs so he was not able to voluntarily pay his contributions to PhilHealth.

Under the Universal Health Care Act, the government shoulders the PhilHealth coverage of those who are listed under the Philippine Registry PWDs.

"I have no PhilHealth coverage before so I always prayed to be spared from sickness," he said.

Lancara is one of the recipients of the "PWD Heroes Award" given during the culmination program of the NDPR Week.

"There are 6,555 total PWDs who had already registered and will be given MDRs in the total 18 towns of Antique," Songcayawon said.

She said those who were not able to receive their MDRs during the culmination program will be scheduled for release by the PhilHealth in their respective municipalities. (PNA)