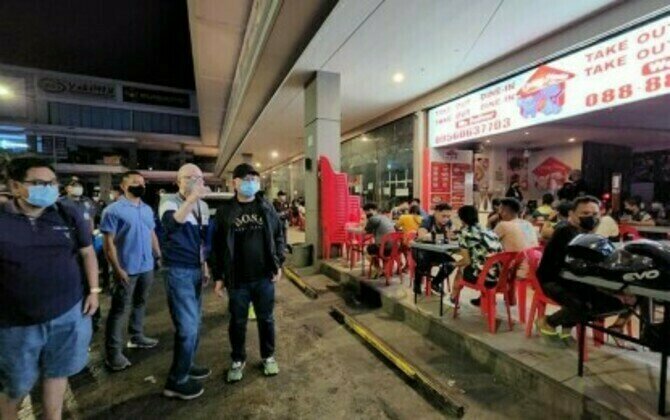 In an interview on Saturday night, Col. Aaron Mandia, COCPO chief, said Mayor Rolando Uy has discussed with him the possibility of limiting the movement of those aged 17 and below during certain hours to prevent more crimes from happening.

"This was being talked about as a recommendation with the mayor, but we would like to inform the public that the peace and order situation is under control," Mandia said.

On June 6, former Mayor Oscar Moreno signed an executive order that lifted the curfew hours of 10 p.m. to 5 a.m. that was imposed at the start of the Covid-19 pandemic in 2020.

Uy visited the bars and restaurants on Saturday night following a shooting incident earlier in the day resulting in the death of one.

He said he would convene the City Peace Development and Security Council due to the series of incidents and plans to revive Operation Kahusay ug Kalinaw (OKK).

OKK is a centralized police station in downtown Divisoria and which significantly contributed to the peace and order situation in the early 1990s.

One incident happened on July 17 around midnight when a 20-year-old delivery rider was stabbed to death and his minor girlfriend allegedly raped along Coastal Road in Barangay Lapasan.

A suspect was arrested July 18 while his accomplice, who reportedly raped the minor, was caught the following day.

In the next four days, two parking attendants were killed.

"We need to ensure the security of our residence in the city. Based on the data from the police, the crime rate dropped. However, there are high-profile crimes. That is why I tasked the police to provide additional efforts," Uy said in a statement.

Second District Rep. Rufus Rodriguez likewise met with Mandia on Saturday to discuss the crime incidents, urged the city council for the reimposition of curfew through an ordinance, and amend rules they deem necessary to reduce criminality. (PNA)