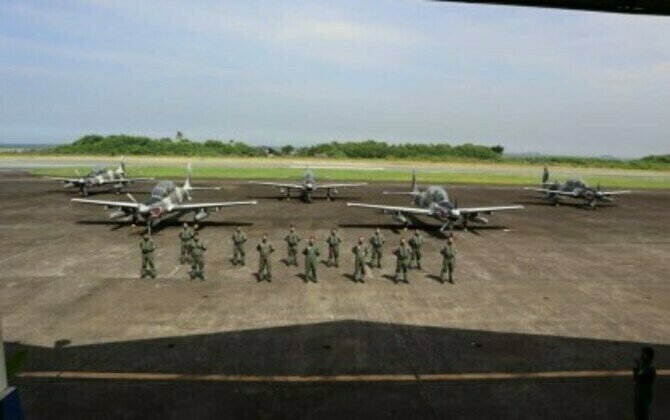 MANILA - The parts and components needed for the repairs of the damaged Embraer A-29B "Super Tucano" attack aircraft are now being manufactured and will be shipped to the country to expedite its repair, the Philippine Air Force (PAF) said on Tuesday.

"They are being manufactured as we speak, but all these are close to delivery, this is the commitment of the manufacturer of the 'Super Tucano'," Air Force spokesperson Col. Maynard Mariano said in a message to the Philippine News Agency when asked on updates on the repair of the aircraft.

He added that the costs of the delivery of the spare parts are covered by the manufacturer's warranty.

"What was not anticipated was the delivery of the parts and components coming from different manufacturers. This is covered by the manufacturer's warranty, the government and the PAF will not be paying anything for this repair," he added.

Earlier, the PAF said the A-29B, which was damaged on a "routine maintenance check flight" last year, is repairable and will be returned immediately to service once the needed parts and technicians arrive from Brazil.

Based on the assessment made by the aircraft manufacturer, the structural integrity of the aircraft is "very much intact and by replacing the component parts that were damaged, it will be put back to operational status."

Four of the A-29B close-support attack aircraft arrived on Sept. 19, 2020, while the remaining two arrived on October 1 of the same year.

The A-29Bs were earlier scheduled to be delivered by the end of July 2020 but the coronavirus pandemic and subsequent travel bans skewed the delivery timetables.

The contract for the six Super Tucano aircraft is worth PHP4.97 billion and was issued in late 2017. (PNA)