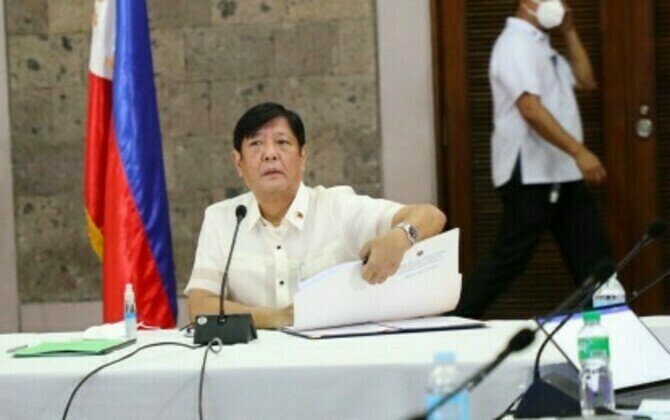 MANILA - President Ferdinand "Bongbong" Marcos Jr., also concurrent secretary of the Department of Agriculture (DA), insisted on Monday that the department has to move quickly and ensure an adequate supply of rice and corn for the third and fourth quarters of the year.

During the executive meeting, Marcos said Filipino families must be provided with "sufficient and affordable" food.

"We have to think hard about making sure that people have the same... sufficient food, (and) number one at a price that they can afford. Because again, it is useless to have food if you cannot afford it anyway," he said.

Marcos said actions should be taken urgently, especially since everyone has been preparing for a looming food crisis.

"Of course, the immediate one is rice, and corn food supply for the rest of the year. No. 1. So if there is some EO (Executive Order) again and some legislation you will need, even budget, supplementary budget from the house. Tingnan natin kung may makuha pa tayo (Let's see if we can get some more)," he said.

The Chief Executive echoed Dar's resolve to increase food production in the country.

However, he maintained that it is high time to come up with particular actions to realize food sufficiency, especially since the DA earlier disclosed a possible shortfall in the supply of rice for over 20 days if fertilizer subsidy will not be provided by the government.

"I think the conclusions we have come to hear are that we have to increase production and we talk a little about how we can do it. We can increase our production of rice and corn at least," Marcos said, adding that he also wants solutions to address poultry and livestock production woes.

Besides securing short-term supplies, Marcos noted that the department will push for long-term actions.

"In the longer term, we really have to reconstruct our value chain starting from our scientists and our researchers all the way to the Kadiwa store. So we have to remake that model. We have a good model that was from a previous administration but it is a very different world out there. The technology is very different and although the concept will be very similar we have to come out with 2022 to 2028 to 2030," he said.

Under the administration of former president Rodrigo Duterte, the DA had its first long-term plan -- the National Agriculture and Fisheries Modernization and Industrialization Plan (NAFMIP) 2021-2030 -- with an annual proposed budget of PHP250 billion.

It is a "directional plan" which seeks to lead the Philippines to production resilience, food security, and sufficiency.

Dar said this is just one of the programs that they see as a "solid foundation" for the agricultural department.