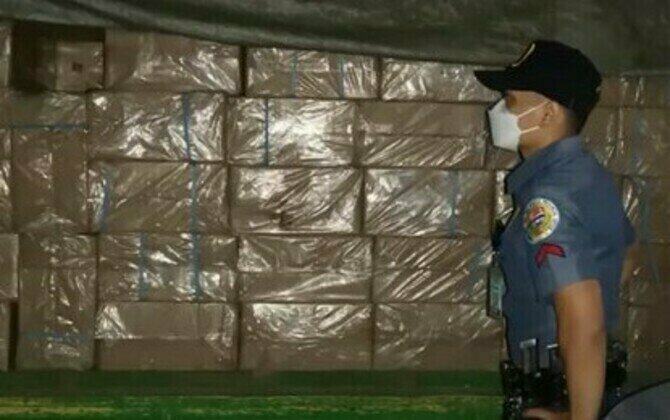 ZAMBOANGA CITY - Three suspects were arrested while some PHP3.8 million worth of smuggled cigarettes were seized in an operation in Zamboanga del Sur's town of Dumalinao, a police official said Monday.

Verceles said the police, in coordination with the Bureau of Customs (BOC), did a surprise checkpoint following information that a shipment of smuggled cigarettes was set to pass by the village road.

Law enforcers intercepted a drop-side cargo truck loaded with some 109 master cases of cigarettes believed to have come from the city.

The confiscation was the first shipment of smuggled cigarettes authorities seized this month in the Zamboanga Peninsula. (PNA)