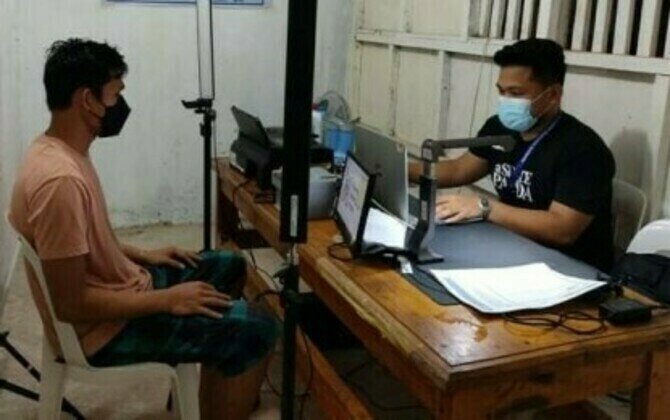 MANILA - The Philippine Statistics Authority (PSA) has registered 74 percent out of its 92 million target for the Philippine Identification System (PhilSys).

To date, the PSA said at least 68.3 million Filipinos have completed the registration process for the Philippine Identification (PhilID) while 13,859,229 physical cards have been delivered.

The staff likewise braved a six-hour boat ride to bring registration kits to Calayan Island, which is part of the Babuyan Group of Islands in Cagayan province, and register 8,088.

"I would like to commend our field personnel for their continuous efforts and utmost dedication to ensure inclusion of Filipinos living in far-flung areas," PSA Undersecretary Dennis Mapa, also the National Statistician and Civil Registrar General, said in a statement."We, at PSA, remain committed to implement an inclusive identification system and more convenient delivery of government and private services through the PhilID."

Signed into law by President Rodrigo Duterte in August 2018, Republic Act 11055 or the PhilSys Act aims to establish a single national ID for all Filipinos and resident aliens.

The national ID shall be a valid proof of identity that shall be a means of simplifying public and private transactions, enrolment in schools, and the opening of bank accounts.

It will also boost efficiency, especially in dealing with government services where people will only need to present the PhilID during transactions. (PNA)