Dinagat farmers get over P41-M support from DA 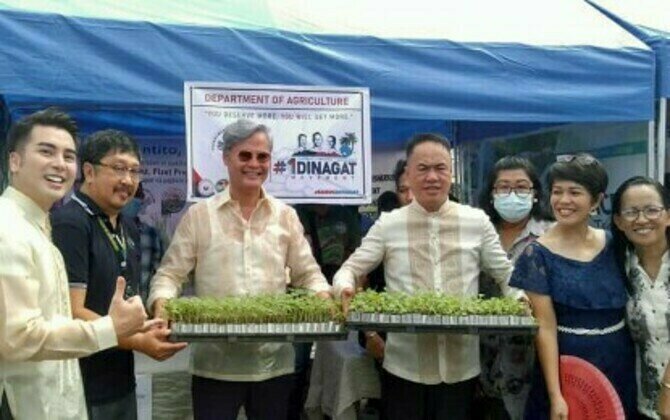 BUTUAN CITY - The Department of Agriculture in the Caraga Region (DA-13) has released more than PHP41 million worth of assistance to rice and corn farmers in the Dinagat Islands province.

The fund release was made at the opening of the five-day People's Fair in the province on Monday at the Capitol Grounds, Barangay Cuarinta, in the capital town of San Jose.

"The interventions aim to raise the profitability and competitiveness of the farmers in the province," DA-13 said in a statement Monday.

Some 13 rice and corn farmers' organizations from the different towns in the province directly benefited from the assistance, the agency said.

Women's associations from the different areas in the province also got five egg incubators and 600 heads of free-ranged chickens worth PHP300,000.

DA-13 also awarded PHP34 million for the concreting of two farm-to-market roads in the province.

"The province depends on agriculture and fishing as one of the key sources of economy and employment," DA-13 Executive Director Ricardo Onate was quoted as saying.

Onate assured the agency will work with the provincial and municipal governments in Dinagat Islands for continued financial and technical support to local farmers. (PNA)