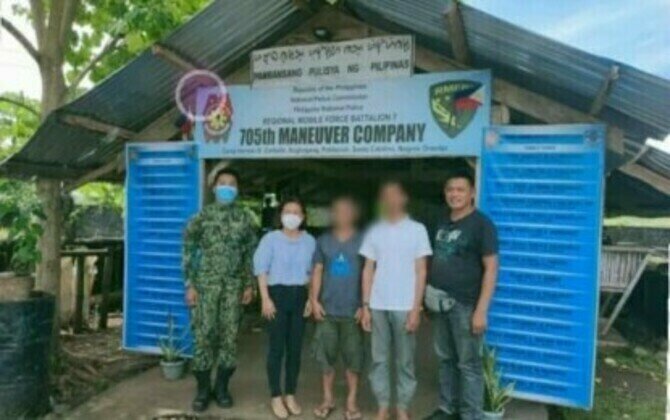 A report from the Negros Oriental Provincial Police Office (NOPPO) on Monday identified the surrenderers as Renato Bagacay, 39, and Vidal Cardinas, 49, both farmers and residents of Barangay Talalak, Sta. Catalina.

They surrendered to the 705th Mobile Force Company of the Regional Mobile Force Battalion 7 in Sta. Catalina.

The police said they are undergoing debriefing and profiling so they can be enrolled in the government's Enhanced Comprehensive Integrated Livelihood Program (E-CLIP).

Dela Cruz, a former rebel operating as a member of the dismantled Southeast Front (SEF) of the Komiteng Rehiyon Cebu, Negros, Bohol, and Siquijor, surrendered a few weeks ago to the 11th Infantry Battalion of the Philippine Army and the police.

The National Democratic Front has been formally designated as a terrorist organization by the Anti-Terrorism Council on June 23, 2021, citing it as "an integral and inseparable part" of the CPP-NPA created in April 1973. (PNA)