'That will be up to him', Palace on possible PBBM media interview 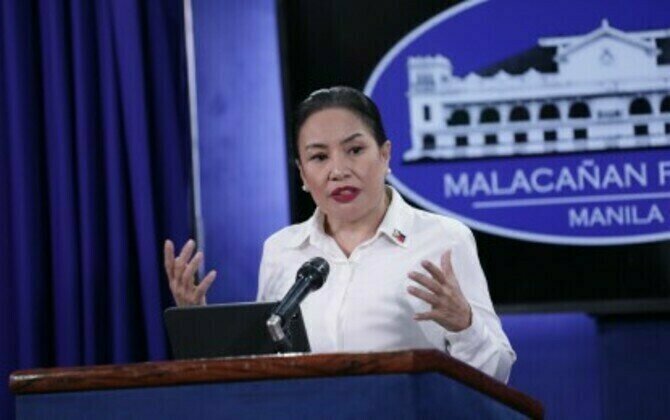 Press Secretary Trixie Cruz-Angeles said Marcos may start taking questions from reporters when there is a "pressing issue" that he would need to speak about.

"That will be up to him. I think it will be in relation to whether there is a pressing issue that he would like to bring to the media directly. So, it will be on those occasions. We cannot say yet if it's going to be a monthly thing or anything with that kind of regularity. It will really depend on the situation," she said in her first regular press briefing at Malacanan Palace.

Last April, Marcos said he believes it is necessary for him to hold regular media briefings if he is elected as president.

He, however, noted that a Press secretary might be needed to do regular media briefings, especially on urgent issues.

Cruz-Angeles, who has been named as the press secretary of Marcos, is expected to "oversee the operations of the PCOO, which includes the conduct of regular press briefings to media practitioners covering Malacanang activities."

The lawyer-turned vlogger earlier said she would regularly monitor the accomplishments of all agencies, bureaus, and offices under the Presidential Communications Operations Office (PCOO) in her first 100 days in office.

She said she also plans to look into the possibility of regularizing more casual workers of the PCOO and its attached agencies.