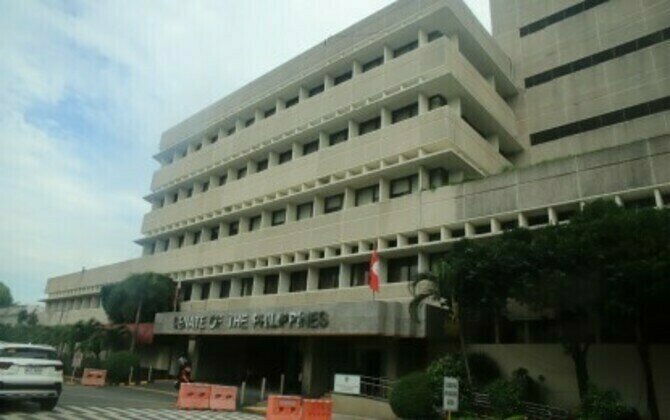 MANILA - The first round of filing of bills in the Senate started on Monday hours before the 19th Congress opened at noon.

Senator Loren Legarda, based on the principle of seniority or length of service, was the first to file bills following the guidelines issued by Senate Secretary Myra Marie Villarica.

Each senator is allowed to initially file 10 bills or resolutions, which Legarda availed of. (See related story.)

Senators Pia Cayetano, Lito Lapid, and Ramon Revilla Jr., in office for at least 15 years, were next.

Senators Alan Peter Cayetano, Francis Escudero, and Jinggoy Estrada, who have served for at least 12 years, also submitted their bills.

Among Estrada's priority bills are Strengthening of the National Wages and Productivity Commission; An Act Providing for a Working Time Flexibilization in the Private Sector and for Other Purposes; and An Act Providing Indigent Job Applicants a 20 precent Discount in Payment of Fees and Charges for Certain Certificates and Clearances Issued by Government Agencies.

Senators can file another 10 measures, still following the seniority principle, in the second round.

The third round of filing will be on a "first come, first served" basis for an unlimited number of bills or resolutions.

The guidelines were formulated in consultation with the Office of the Senate President and the Legislation Department. (PNA)