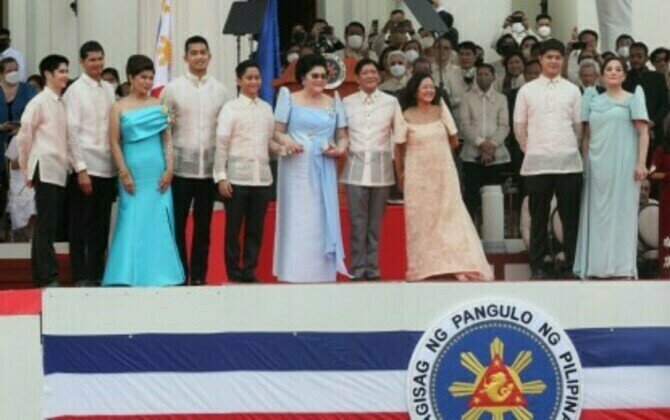 MANILA - The Office of the Press Secretary (OPS) on Sunday distanced itself from commenting on the supposed birthday party of Imelda Marcos, the mother of President Ferdinand Marcos Jr., held at Malacanang Palace.

Mrs. Marcos turned 93 on Saturday, two days after her son took oath as the country's 17th President at the National Museum grounds in Manila.

"We will only be releasing statements on issues where public interest/welfare is involved," the OPS said in a statement.

While the Palace refused to confirm or deny the supposed party, it didn't seem to be a secret as photos of the celebration have been posted on social media

Philippine Ambassador to the United States Jose Manuel Romualdez, a second cousin of the President, said the First Family will be staying at Bahay Pangarap (House of Dreams) inside Malacanang Park. (PNA)