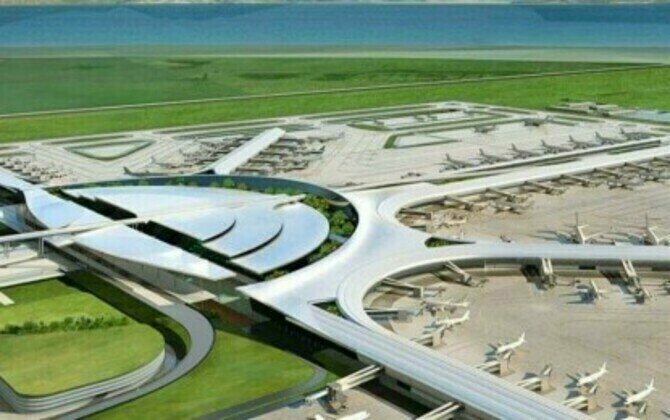 MANILA - Despite the aborted jobs and livelihoods that would have benefited his province mates, Senator Joel Villanueva said Sunday that he respects the veto on House Bill (HB) 7575 that sought to establish the Bulacan Airport City Special Economic Zone and Freeport Authority (BACSEZFA) in Bulakan town.

Villanueva, who hails from Bocaue town and is the author of the Senate counterpart measure, found the decision "unfortunate" as it had the potential to create jobs.

He said he is still looking forward to working with the new administration and pushing for legislation and policies in harmony with the priorities of the Executive.

"We fully supported the passage of the Bulacan freeport bill as it aims to provide jobs and livelihoods for our kababayan (countrymen), as well as develop the country's economy with investments and infrastructure," Villanueva said in a statement.

"We will carefully study on refiling this bill, and even consider other possible proposals such as strengthening the PEZA (Philippine Economic Zone Authority) law," he added.

The Palace announced Saturday that HB 7575 was vetoed by President Ferdinand "Bongbong" Marcos Jr. due to "substantial fiscal risks".

"At the foreground, fiscal prudence must be exercised particularly at times when resources are scarce and needs are abundant. While this administration recognizes the objective of the proposed measure to accelerate economic growth in its locality, I cannot support the bill," Marcos explained in a letter dated July 1 and addressed to the Senate President.

Marcos said that the bill "lacks coherence with existing laws, rules, and regulations", noting that it has no provisions for an audit by the Commission on Audit, procedures for expropriation of lands awarded to agrarian reform beneficiaries, and a master plan for the specific boundaries of the economic zone.

He added that the proposed measure grants the proposed economic zone authority "rule-making powers relative to environmental protection that is not found in the charter of other economic zones," as well as "blanket powers to handle technical airport operations in contravention of existing aeronautical laws".

He likewise noted that the proposed economic zone is located "in close proximity" to the Clark Special Economic Zone, which is "against the government's policy on creating special economic zones in strategic locations".

HB 7575 authorizes BACSEZFA to establish, build, operate, and maintain public utilities and other services and infrastructure in the Bulacan Ecozone, which will be set up on reclaimed land on the coastal area of Bulakan, an industrial and fishing town 35 kilometers north of Manila.

The initial construction will include two runways and the terminal buildings of the new airport.

Twenty-one senators voted for the passage of HB 7575 on May 26. There were no abstentions.

Senator Imee Marcos, as Committee on Economic Affairs chair then, said one of the amendments she introduced to HB 7575 was the deletion of an entire subsection regarding the setting up of gambling establishments and unregulated power production. (PNA)