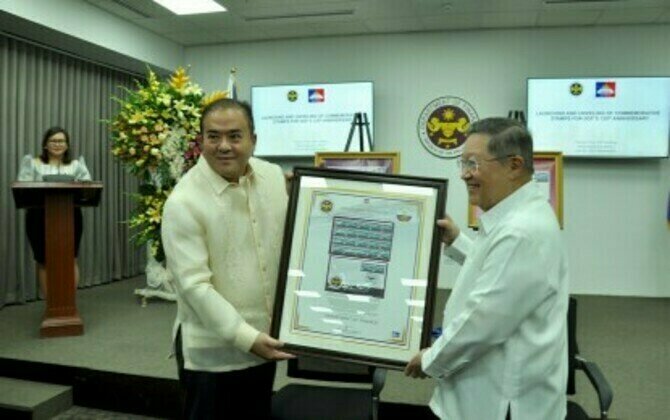 The stamps feature the facade of the modern DOF building along Roxas Boulevard in Manila, reflecting a busy skyline.

The 125th-anniversary seal is affixed on the lower left corner with the theme "Celebrating a Proud History, Building a Solid Future".

Former chief of the DOF, Carlos Dominguez III, received framed commemorative stamps from Postmaster General Norman Fulgencio on Thursday, the day after the stamps were released.

Founded on April 24, 1897 by the Philippine Revolutionary government, the DOF has undergone various structural and functional overhauls but has remained a key department tasked with revenue generation, resource mobilization, and fiscal management.

PHLPost has printed 40,000 copies of the stamps for sale at PHP12 each.

Stamps and First Day Covers are available at the Philatelic Counter of the Manila Central Post Office in Liwasang Bonifacio. (PR)