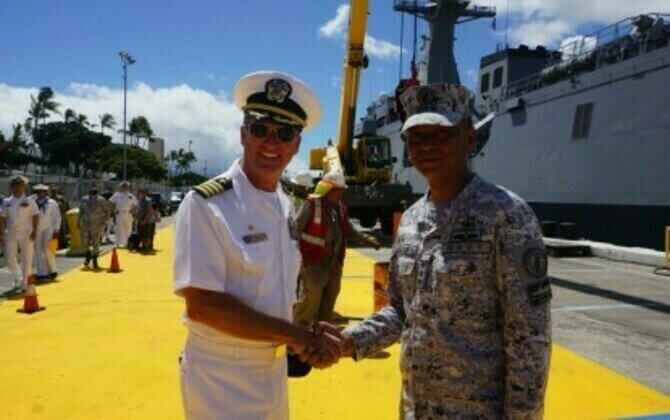 MANILA - The BRP Antonio Luna (FF-151), the Philippines' second guided-missile frigate, has arrived at Joint Base Pearl Harbor Hickam in Hawaii on June 25 (local time), ahead of this year's Rim of the Pacific (RIMPAC) exercise slated for June 29 to Aug. 4.

"He was accompanied by other RIMPAC coordinators from the Royal Australian Navy and the US Navy," Negranza said.

"Together with other visitors, they were able to have a ship's tour of BRP Antonio Luna, one of the country's modern and missile-equipped warships," Negranza said.

The ship left the island on June 16 for Hawaii.

Around 25,000 personnel from 26 participating nations are set to join the 28th iteration of RIMPAC which was first conducted in 1971.

Negranza earlier said NTG 80.5 will help develop, maintain, and enhance the Navy's pursuit of maritime collaboration with its counterparts through the exercise.

In the 2020 iteration of the maritime exercise, the PN sent the country's first missile frigate, the BRP Jose Rizal (FF-150).

The contract for the two ships was PHP16 billion and an additional PHP2 billion was spent on weapon systems and munitions. (PNA)