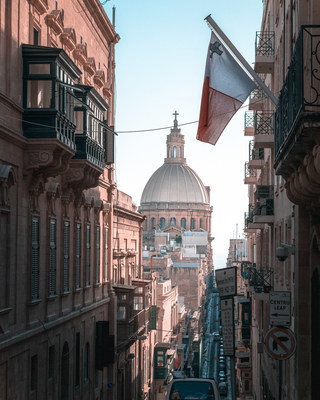 The new installment of the Jurassic World trilogy was filmed in Malta, supported by the Malta Film Commission and Malta Tourism Authority.

Located in the sparkling Mediterranean Sea, South of Sicily Italy, the Maltese islands - Malta, Gozo and Comino have been the location for many iconic Hollywood blockbusters such as Gladiator, Troy, World War Z and most recently on the small screen, Game of Thrones.

With over 7,000 years of history, beautiful unspoilt coastlines, historical architecture and some of the world's oldest free-standing temples, the streets of Malta was the perfect backdrop for the new installment to the Jurassic World trilogy.

Apart from being a film-makers paradise, the Mediterranean hotspot enjoys 3,000 hours of sunshine a year with warm summer months and mild winter temperatures. History buffs, nights-owls, adrenaline junkies, water-sports enthusiasts and food-lovers will delight in the many exquisite offerings of Malta.

"We are so proud of our beautiful islands with its deep blue seas, Mediterranean country side and historical architecture that has formed the backdrop for over 200 international movies, films and television productions," Mr. Micallef said.

"There is so much more to explore and discover in Malta for our Asian visitors who can immerse themselves in the vibrant Maltese culture. From cultural village and music festivals, meandering though charming cobbled streets enjoying a distinctive Maltese snack of Pastizzi, stepping back into history within the UNESCO World Heritage sites and soaking up the warm sunshine while swimming through clear blue waters.

"We'll love to take you from the big screen to the beautiful reality and welcome you to visit Malta soon.