PUNE, India, June 10, 2022 /PRNewswire/ -- Gaming startup Jetapult, the first of its kind Invest & Operate (I&O) model for game studios in emerging markets, comes out of stealth with an acquisition of a game studio from India. Jetapult will focus on acquiring and scaling revenue-generating Indie game development studios across emerging markets like India, South-East Asia, Middle East, South America as well as Australia, and New Zealand to fill a dearth of long-term smart capital in the industry. Moreover, the start-up will create and grow an exciting roster of gaming companies commercially from a local market setting to an international perspective for scientific and sustainable scale.

Speaking about the launch of Jetapult, Mr. Rajan Navani, VC and MD of JetSynthesys said, "Over the years, we have seen the gaming industry pick up steam, and the road ahead looks brighter than ever. There are several talented gaming studios with great ideas who can truly scale themselves with the right mentorship and funding. Recognizing this market need, we decided to launch Jetapult on the back of JetSynthesys' very successful model of acquiring and rapidly scaling gaming studios using global expertise and world class partnerships. With the three-pronged approach of Acquire, Invest, Accelerate, Jetapult is all ready to come out of stealth now, having already made one crucial acquisition. Built on the Invest and Operate (I&O) model, we believe Jetapult will be a 'game'-changer in the industry. With an expert team that has a collective experience spanning decades, the start-up will strengthen Indian gaming's position on the global map further."

Sharan Tulsiani, CEO & Co-Founder, Jetapult said, "Building high grossing hits in the gaming industry are often misrepresented to be luck-based, coin-flip endeavours. This cannot be further from the truth. Making games is a passionately creative endeavour, but scaling them intrinsically is a scientific one.

"This was a hypothesis taken on and solved for with tremendous success at the biggest distribution platform for gaming, Google Play Store. The systematic acceleration programs like the Google Global Indie Games Accelerator, and others that I created was a product of this sustainable scale challenge. Our key learning was that supporting genius designers in small studios requires a village of supplemental expertise across domains like game & economy design, product & engineering, user acquisition, etc. Witnessing the multi-fold successes coming out of these programs, I felt very motivated to scale these advisory frameworks that didn't reach enough in the vast but talented gaming industry. The Jetapult I&O model will democratise gaming expertise and open opportunities at scale by partnering with talented studios in emerging markets. Helping them implement foundational frameworks and scientific-decision making will catalyse the long-term growth of the studios, its teams, and revenues."

Yash Baid, COO & Co-founder, Jetapult said, "Investment leaders are well aware of the stellar investment returns that game studios offer, which in fact even benefits from economic downturns, as was witnessed during Covid. However, there is a severe dearth of smart capital and meaningful support for these studios in the industry today. Jetapult is a product of years of working closely with game studio developers to identify their requirements and create access to smart & patient capital, scaled by partnering with marquee venture equity & debt investors. We are built to keep small gaming studios at the centre of our operational ethos and aim to grow them into generational companies out of emerging markets like India."

Jetapult's key selection criteria for acquiring a gaming studio would be its growth-potential, presence of a strong team and revenue-generation along with a review of the games they make, genre they are following, and capacity of growth for  the team. The startup is in the process of bringing capital and top gaming industry leaders across free-to-play game design, product management, user acquisition, and analytics to its portfolio of gaming studios.

JetSynthesys is a new age digital entertainment and technology company with a global foray in three key ecosystems - gaming and esports, digital entertainment, wellness and livelihoods. With millions of consumers across 180 countries, JetSynthesys builds world class products, platforms, and services in these three verticals, aiming to touch the lives of billions of consumers. Since its launch in 2014, under the leadership of Rajan Navani (Vice Chairman & Managing Director), JetSynthesys has built a powerful ecosystem of technology, talent, content, and distribution stacks, and is committed to delivering delightful moments to all stakeholders across multiple digital worlds, aptly titled the #Jetverse.

The Pune-headquartered company is backed by industry biggies like Kris Gopalakrishnan, Adar Poonawalla, Sachin Tendulkar, and the multi-billion-dollar family offices of the promoters of Thermax, Triveni Group, Yohan.

Poonawalla Group and DSP Group. With offices in Europe, UK, and US, JetSynthesys is a key player in India's digital landscape. Built on innovation and new-age culture, representing the new-age economy, JetSynthesys is working towards building a digital ecosystem for consumers, to be the one-stop solution for all their digital needs. It is perfectly poised to create success stories at scale through made in India apps with the best talent available globally, funded through Indian capital.

JetSynthesys is part of the diversified JetLine Group of Companies, the roots of which originated in 1930s in Bangkok, Thailand with a presence in India since 1974. Established by the Late Kishinchand Navani in 1937, the growth in Thailand and South-East Asia over several decades has resulted in large scale manufacturing industries in textiles, packaging, electronics, and real estate development amongst others. 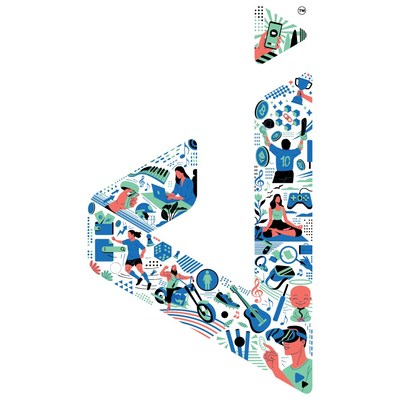 LONDON, England: According to a report in the UK's Guardian newspaper, a government advisory agency, the National Health Service Pay ...