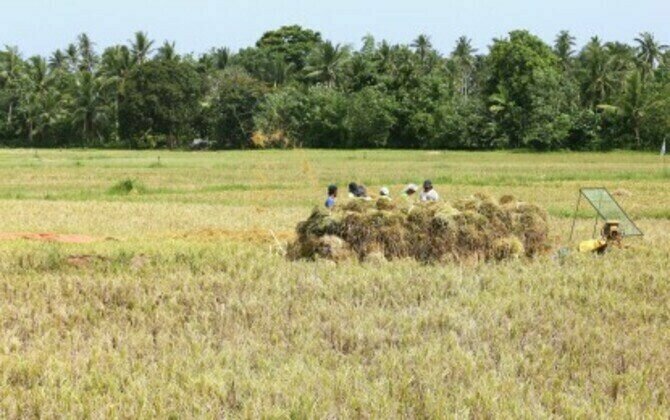 MANILA - A party-list lawmaker on Tuesday said it is possible to achieve President-elect Ferdinand "Bongbong' Marcos Jr.'s campaign promise to slash prices of rice to as low as PHP20 per kilo if appropriate and timely measures are immediately put in place.

Magsasaka Partylist Representative Argel Cabatbat said the government should infuse a budget of at least PHP400 billion into the agriculture sector to ensure basic support services and infrastructure, and cut the high cost of production and marketing, and labor-intensive farm practices.

Cabatbat said policymakers should have faith in Filipino farmers by giving them all the support they need to revitalize the rice planting activities.
Cabatbat cited Thailand and Vietnam as examples, wherein full government support and a comprehensive mechanization program allowed the nations to enjoy higher yields and cheaper production costs in recent years.

"We should not doubt the capability of local farmers to produce cheap and quality rice. With enough support, appropriate policy changes, the removal of middlemen or brokers, and the right managers in the Department of Agriculture who are pro-farmers, PHP20 per kilo of rice is possible," Cabatbat said.

He said he is also looking at the use of successful models like the Agrarian Reform department's "megafarm" concept, and the Provincial Food Council of Nueva Ecija's program.

Cabatbat noted that both have had fair success in increasing the yield and profit of farmers in Tarlac and Nueva Ecija, while lowering rice prices for consumers.

He called for a review of the Rice Tariffication Law, which only allowed imports to flood local markets.

He also stressed the need for food sovereignty.

"Masyado kasi tayong umaasa sa ibang bansa para sa suplay natin ng pagkain. Hindi natin namamalayang pinapatay nito ang sektor ng agrikultura at ang ekonomiya dahil naka-depende na tayo eh. Magtiwala tayo sa sarili nating mga magsasaka na kaya namang mag-produce ng sapat, mura at de-kalidad na bigas at bilihin para sa bawat Pilipino (We are relying too much on other countries for our food supply. We are not realizing that it is slowly killing our agriculture sector and our economy because we are too dependent. We need to believe in our own farmers who could produce sufficient, affordable, and quality rice and other goods for every Filipino)," he said.

For his part, the Department of Agrarian Reform (DAR) Secretary Bernie Cruz said bringing down the price of rice to around PHP20 per kilo is achievable through its mega farms project.

He said the concept of the project is to consolidate small and individual farm lots into mega farms for rice production.

"The mega farm is a cluster of contiguous farms that are consolidated to form a sizable plantation capable of producing a large volume of farm products to meet the demands of consumers," Cruz said.

DAR Undersecretary David Erro said PBBM will start with an initial 150,000 hectares of rice farm under the coverage of the Comprehensive Agrarian Reform Program (CARP) and adjacent small farm lots.

Erro said studies made by the DAR showed that 150,000 hectares can produce an average of 142 cavans or sacks of rice per hectare per cropping season.

He said it will translate to a gain of PHP76,501 annually for agrarian reform beneficiaries (ARBs). (PNA)