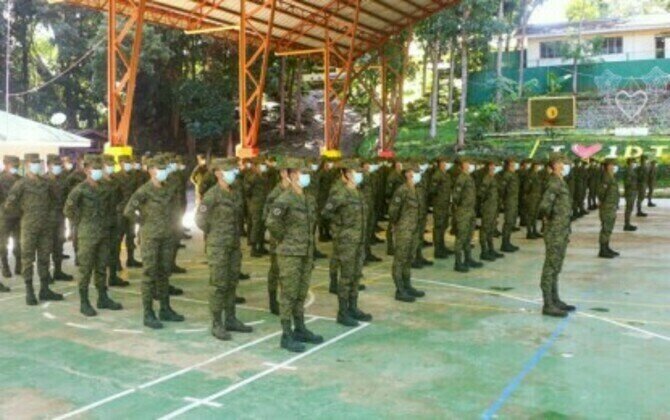 ZAMBOANGA CITY - The Army's 1st Infantry "Tabak" Division (ID) has added 153 new soldiers to its ranks as it makes a final push to defeat the last guerrilla front of the New People's Army (NPA) in its area of operation.

Alano advised the new soldiers to always seek self-improvement as they report to their duty assignments. The batch graduated Monday at the 1DTS facility.

Brig. Gen. Leonel Nicolas, 102nd IBde commander, said the "final push" aims to bring down by the end of this month the Guerrilla Front Sendong.

The NPA unit is the last remaining, organized front of the NPA's WMRPC with active members scattered in different areas in Misamis Occidental. (PNA)