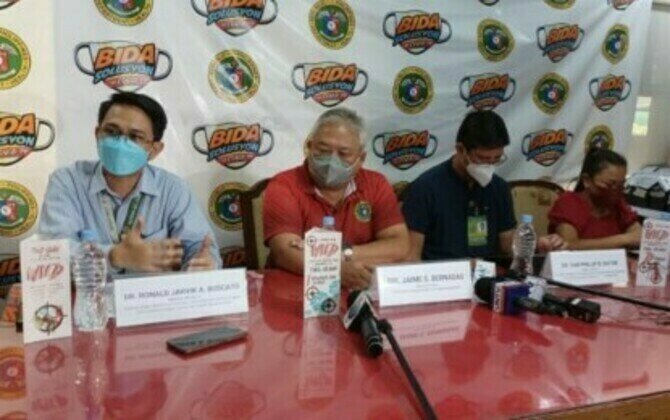 CEBU CITY - The Department of Health in Central Visayas (DOH-7) on Tuesday said the rise in dengue cases in the region is now a "cause of concern" amid the rainy season.

Dr. Jaime Bernadas, DOH-7 regional director, said the figures showed a pattern that a dengue outbreak occurred once every three years, citing records of outbreaks in 2016 and 2019.

"Historically, every three years we experience surges in dengue cases. We have not seen its rise during the coronavirus disease 2019 (Covid-19) surges," he said in a press briefing.

Bernadas urged local government units and the barangays to perk up their prevention, surveillance, and reporting of dengue cases in their jurisdictions to prevent a possible outbreak and the hospitals becoming overwhelmed by patients.

The DOH-7 chief said school administrators should also double their efforts in making campuses dengue-free now that the Department of Education is readying for the limited face-to-face classes for elementary, secondary, and college students.

Dr. Ronald Jarvik Buscato, DOH-7 dengue prevention and control program head, reported that the Central Visayas region has recorded a total of 4,623 dengue cases with 38 deaths, or a 0.8 percent case fatality rate from January 1 to May 28, 2022.

Buscato said the number is 421 percent higher than the same period of last year.

He said that all the three highly urbanized cities of Cebu, Lapu-Lapu, Mandaue, and Talisay as well as the town of Minglanilla have recorded a high number of dengue cases.

"Although it has not reached the peak to be considered alarming, data shows that as compared to 2016, dengue cases doubled in 2019, and the same as with 2016 data as compared to 2013. I can't say for 2022 but historically, it is really a pattern," Buscato said.

Bernadas advised those who have symptoms of the mosquito-borne viral illness to immediately report to the nearest rural health unit. (PNA)