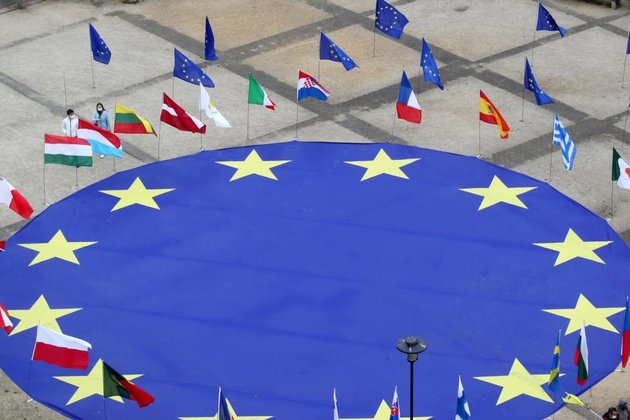 brussels - The European Union's executive arm entered sensitive legal territory on Wednesday with a proposal to confiscate the frozen assets of oligarchs who try to violate the bloc's sanctions over Russia's war in Ukraine.

The European Commission proposed two EU laws that would require the 27 member states to cede a degree of jealously guarded national sovereignty over criminal matters.

One piece of draft legislation seeks new European rules on freezing and confiscating the assets of people blacklisted by the EU. The second legislative proposal aims to expand the list of acts deemed to be 'EU crimes' by including breaches of European sanctions.

Both initiatives need the approval of EU governments in a scrutiny process that usually takes many months, if not years. During a two-day summit next week, the bloc's heads of government are due to discuss options for using the frozen assets of sanctioned Russian oligarchs to support the reconstruction of Ukraine.

'There is no time to lose,' Margaritis Schinas, a European Commission vice president in charge of security matters, told reporters in Brussels. 'Many times we see assets recovery and confiscation of the small fry, whereas the big sharks find ways to evade.'

While the EU has spent decades crafting common rules on various areas of criminal law, European sanctions against Russian leaders and oligarchs over the past three months have added impetus to calls for a stronger European framework.

The EU has imposed asset freezes and travel bans on more than 1,000 people, including over 30 oligarchs, in response to Russia's invasion of Ukraine that began February 24. Assets worth almost 10 billion euros ($10.7 billion) have so far been frozen by EU member countries, according to the European Commission. It has established a 'Freeze and Seize' task force to coordinate the enforcement of what are unprecedented EU penalties against Russia.

'EU sanctions must be respected and those trying to go around them punished,' said Vera Jourova, a commission vice president responsible for the rule of law. 'The violation of EU sanctions is a serious crime and must come with serious consequences. We need EU-wide rules to establish that.'

The draft European law on asset recovery and confiscation seeks to bolster cross-border cooperation in the EU. It would require each member country to establish at least one 'asset recovery office,' make it easier for authorities to freeze assets and regulate how such property is managed.

'The core objective is to ensure that crime does not pay by depriving criminals of their ill-gotten gains and limiting their capacity to commit further crimes,' the European Commission said. 'The proposed rules will also apply to the violation of restrictive measures, ensuring the effective tracing, freezing, management and confiscation of proceeds derived from the violation of restrictive measures.'

This legislative initiative will need the backing of a majority of member-state governments as well as of the European Parliament. By contrast, the parallel proposal to label the violation of European sanctions an EU crime will require the unanimous support of member countries, giving any single one veto power.

'These are ambitious yet realistic proposals and now more than ever are really necessary,' Schinas said. 'We already have EU rules in this area, but these rules are fragmented. They are not implemented in a uniform way.'