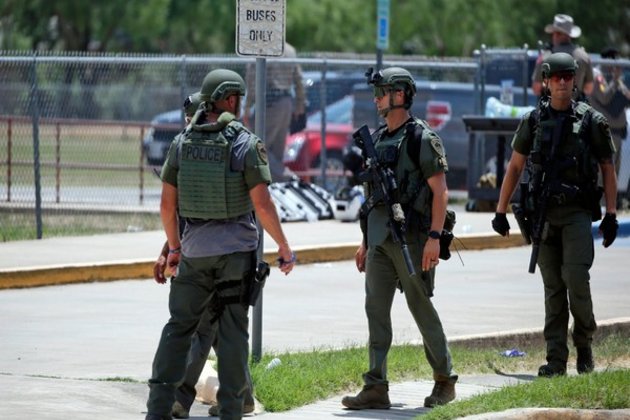 Texas [US], May 26 (ANI): In the wake of the Texas school shooting that resulted in the death of 19 children, the head of the UN Children's Fund (UNICEF) asked on Wednesday: how many more children will die before leaders act?"Tragedy after tragedy, shooting after shooting, young life after young life: how many more children will die before government leaders act to keep children and their schools safe?" asked Catherine Russell, executive director of UNICEF. "Because until they do, these horrors will continue."She said the children attacked and killed in Uvalde, Texas, were attending school, the one place outside of their homes where they should be safest.

The 19 children, a teacher, and a school staff member who set off for school in the morning will never return home to their families, said Russell, adding that many more who witnessed the carnage will bear the "emotional and psychological scars" for the rest of their lives.

"It happened in Texas," she said. "Where will it happen next? This year, we have already seen horrific attacks on schools in Afghanistan, Ukraine, the United States, West Africa and beyond."This yet another shooting incident comes amid growing criticism of constitutionally protected US gun laws, especially those allowing the sale of automatic weapons to young people, under 21 years of age.

On Wednesday, Governor Greg Abbott confirmed that the Texas school shooter used an AR-15 assault rifle, and posted an attack plan on Facebook. However, the social media giant denied Abbott's allegation that the gunman at a Texas elementary school posted publicly about the attack on its platform.

Over half of Americans supported making gun violence laws more strict, The Hill reported citing a poll conducted between the mass shootings that took place this month in New York and Texas.

According to the American publication, 54 per cent of those surveyed in a CBS News-YouGov poll out Wednesday said they would like to see stricter laws regulating the sale of guns.