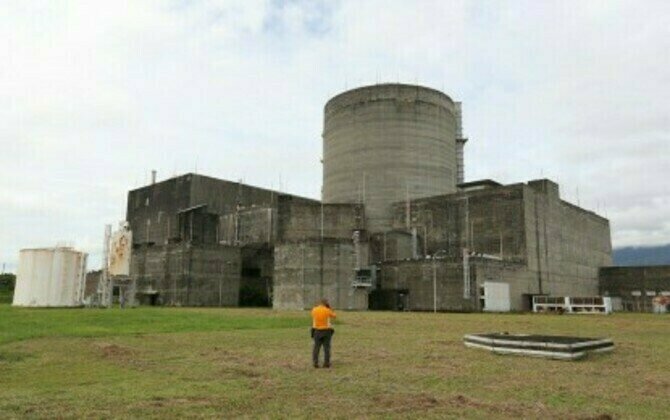 MANILA - Department of Energy (DOE) Undersecretary Gerardo Erguiza Jr. said there is a need to amend the Electric Power Industry Reform Act (EPIRA) to enable the government to invest in nuclear power plants.

This, as the incoming administration has expressed its support in considering a nuclear power plant to be part of the country's energy mix.

"As of now, the government does not have the ability to put up conventional nuclear power plant because the National Power Corp. does not have mandate on this," Erguiza said in Filipino during the Laging Handa public briefing Wednesday.

With the privatization of the power sector under the EPIRA, the government could not enter into power generation.

"But we can align together, with the drafting or putting up of the regulatory framework, we can amend our laws to include the government among those that can fund a nuclear power plant," he added.

Erguiza said that based on studies of the Korean Hydro Nuclear Power Company of South Korea and ROSATOM of Russia, they have found out that the Bataan Nuclear Power Plant (BNPP) can still be rehabilitated.

According to ROSATOM, an investment of around USD3 billion to USD4 billion is needed to revive the BNPP.

Presumptive President Ferdinand "Bongbong" Marcos Jr. earlier mentioned that part of his energy agenda is to revive the BNPP to become an additional source of clean and cheap power.

On the other hand, Erguiza said the government can invest in power generation using small modular reactors, the latest nuclear energy technology, in missionary areas that are not connected to the grid. (PNA)