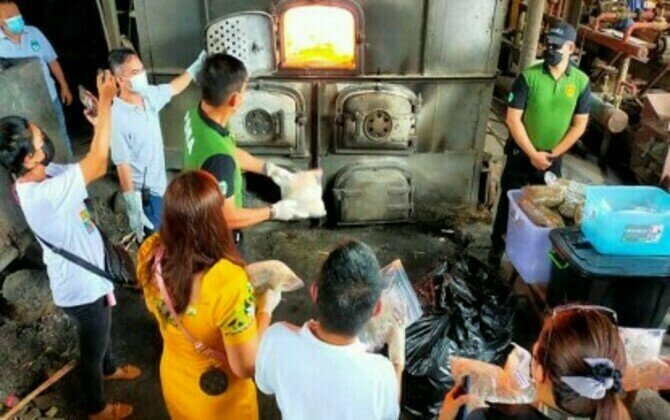 The destruction was based on the orders released by the Regional Trial Courts in Butuan City, Tandag City, Bislig City, Surigao City, and Prosperidad in Agusan del Sur, where the illegal drugs were used as evidence.

Destruction orders were also given by the forensic office of the Police Regional Office in Caraga, the crime laboratory of the Agusan del Sur Police Provincial Office, and the PDEA-13.

Over 21,164 grams of illegal drugs were destroyed during the activity conducted at the Richmond Plywood Corporation in Barangay Mahogany in this city, consisting of 798 grams of shabu and 20,365 grams of marijuana.

PDEA-13 Director Emerson Rosales led the destruction, witnessed by lawyer Ingrid Rullon-Astor of the Public Attorney's Office, Gemma Tabada, the president of the Association of Barangay Captains in Butuan, and other anti-drug support groups.

In a press conference following the event, Rosales assured the residents of the Caraga Region of the agency's continuing fight against illegal drugs.

"We will do our job well. Our partnership with other law enforcement agencies, barangay officials, and the media, among others, greatly helped in achieving our goals as we combat illegal drugs," Rosales said.

He also recognized the support Caraganons in the fight against illegal drugs. (PNA)