No one hurt in Pasig River fire: PCG 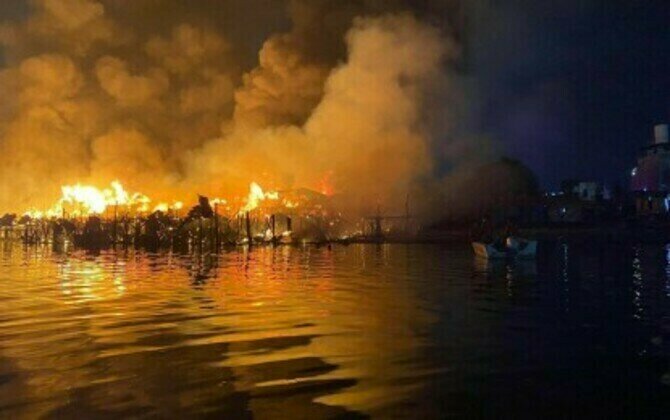 MANILA - No one was hurt during the fire that razed houses at the mouth of the Pasig River Thursday night, the Philippine Coast Guard (PCG) said, citing initial investigation.

In a Facebook post on Friday, the PCG, which helped in dousing the flames with the Bureau of Fire Protection, said the blaze was put out four hours after it started at 8 p.m.

The fire, discovered by patrollers from PCG's sub-station Delpan, broke out in Barangay 649 Baseco, Manila. It reached fourth alarm, destroying houses and several ships docked in the area.

In total, 10 PCG assets were deployed to help put out the fire in addition to a quick response team from the PCG Auxiliary 101st Squadron.

Both the PCG and the BFP are assessing the extent of the damage caused by the fire and will provide aid to the affected families. (PNA)