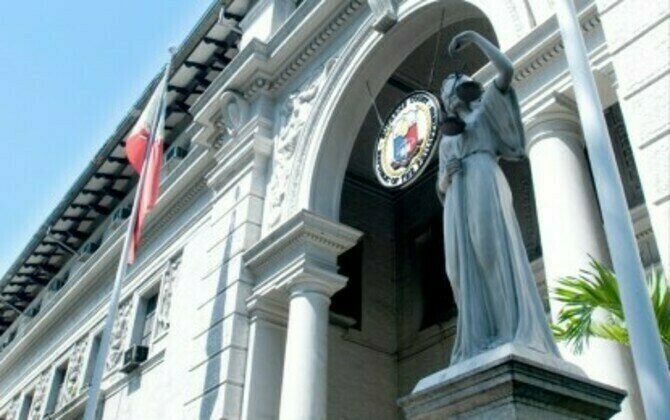 MANILA - The Supreme Court has admonished a La Union Regional Trial Court judge for posting photos of himself half-dressed and exposing his tattoo art.

In a decision uploaded on May 13, the SC Second Division found Judge Romeo Atillo Jr. guilty of conduct unbecoming of a judge and sternly warned that a repetition of the same shall be dealt with more severely.

The Court reminded the magistrate "to be more circumspect in his professional and personal dealings in social media".

He also claimed the photos were only meant for him and his friends and not for public viewing.

The Court held that "setting posts or profile details' privacy is no assurance that it can no longer be viewed by another user who is not Facebook friends with the source of the content".

The Court said all social media users face the same risks when sharing content in cyberspace.

"The Court once again reminds judges to mindful of what they communicate in social networking sites -- regardless of whether it is a personal matter or a part of his or her judicial functions -- as such content indubitably creates and contributes to the public's perception not only of the concerned judges, but, more importantly, of the Judiciary as a whole," it said.

Printed copies of photos allegedly posted by Atillo used as "cover photos" and "profile pictures" on Facebook were received by the Office of the Court Administrator (OCA).

The OCA found Atillo guilty of violating the New Code of Judicial Conduct, as well as OCA Circular No. 173-2017 when he posted the subject photos on his Facebook account and recommended a PHP15,000 fine and that he be reprimanded with a stern warning.

The Court adopted the findings of the OCA but modified the penalties.

It agreed with the OCA that Atillo "had breached his duty to avoid impropriety, or even just the appearance of impropriety, when he posted the subject pictures showing his half-dressed body and tattooed torso on his Facebook account that eventually became readily accessible to the general public".

Citing its 2014 ruling in Lorenzana v. Judge Austria, the Court held that "while judges are not prohibited from becoming members of and from taking part in social networking activities, we remind them that they do not thereby shed off their status as judges".

In the Lorenzana case, the respondent judge was found guilty of impropriety when she posted photos of herself wearing an "off-shoulder" suggestive dress on a social networking site and made it available for public viewing.

The Court clarified that the impropriety relates solely to the judge's "act of posting the subject picture on social media, and it has absolutely nothing to do with his choice to have tattoos on his body".

"Simply put, by posting the pictures on Facebook, [the respondent judge] placed himself in a situation where he, and the status he holds as a sitting judge, became the object of the public's criticism and ridicule," the SC said. (PNA)