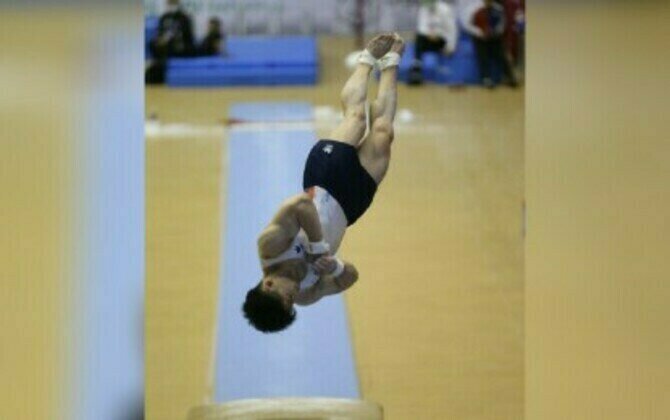 HANOI - Carlos Yulo expectedly dominated the vault finals and added a surprise gold medal in the horizontal bars as he ended his stint in the 31st Southeast Asian Games here with a shot at becoming the best male athlete while leading a nine-gold rush by the Philippines on Monday.

After wowing the crowd at the Quan Ngua Sports Palace with a runaway victory in the vault where he scored 14.700 points, Yulo, 22, returned hours later and tied for first in the horizontal bars with Din Phuong Thanh of Vietnam, both scoring 13.867 points.

The horizontal gold was the fifth gold medal by Yulo, the reigning vault world champion, counting his earlier victories in the men's all-around, floor exercise, and rings, on top of silver medal finishes in the men's team event and parallel bars.

He matched the five-gold haul recorded by a forgotten sports hero, Rolando Albuera, who achieved the feat in the Jakarta 1979 SEA Games where the Philippines collected a total of 24 gold medals and finished fourth overall.

The other two gold medals were contributed by Fil-Am Aleah Finnegan in the women's team and vault while adding a silver medal in the balance beam, losing to Malaysia's Rachel Yeoh Li Wen (12.567-12.467).

Aside from Yulo's last day golden double, also contributing to the country's cause was dancesport that delivered four gold medals after being limited to one last Sunday, bowler Merwin Tan who ruled the men's singles and ended an 11-year golden drought by the keglers, and 110-meter hurdler Clinton Kingston Bautista.

Tan, a 22-year-old left-hander, came from behind to rule the men's singles event at the Royal City Hanoi Bowling Lanes, rolling a six-bagger in the sixth and last frame to beat Yannaphon Larpapharat of Thailand and Ryan Leonard Lalisang of Indonesia.

Tan finished with a total score of 1292, his bid immensely helped by a 294 in the sixth frame after scoring 234 in the fifth frame that bumped him up to No. 3 overall. Larpapharat and Lalisang were relegated to silver and bronze, respectively, with scores of 1286 and 1221.

Elsewhere in the games, Gilas Pilipinas escaped with a thrilling 76-73 win over perennial rival Thailand at the start of regular men's basketball at the Thanh Tri Gymnasium.

The Thais made a game of it throughout, trailing by just six at 36-42. Nakorn Jaisanuk missed what could have been a game-tying three-pointer in the Thais' last possession.

The Gilas women had an easier time, handily beating Indonesia 93-77.