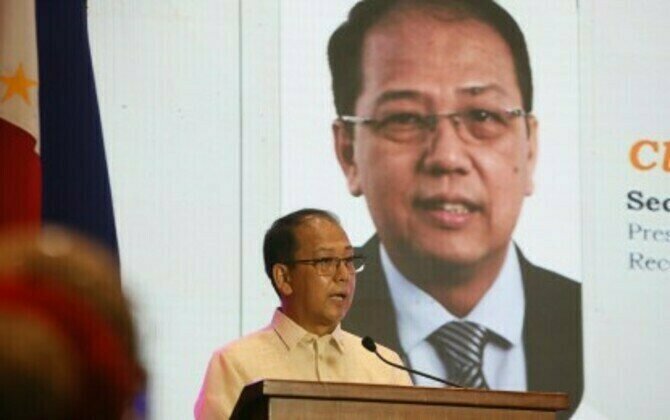 MANILA - Presidential Adviser on Peace, Reconciliation and Unity, Secretary Carlito Galvez Jr., called on Filipinos to begin the healing and reconciliation process from the "animosity of partisan politics".

Speaking at the Peace Partners' Recognition Day of the Office of the Presidential Adviser on Peace, Reconciliation and Unity at the Philippine International Convention Center in Pasay City on Monday, Galvez appealed to the public to set aside differences brought about by the national and local elections.

"We call on the Filipino people to come together. The election is over. Let us work together in tearing down the walls of divisiveness, bitterness, and animosity of partisan politics as we move towards national healing and reconciliation," Galvez said.

The peace adviser hoped that people will respect the decision of the majority and support newly elected government officials "as they take over the reins of nation-building."

Galvez also expressed confidence that the next administration will lead a collective quest for just and lasting peace in the country.