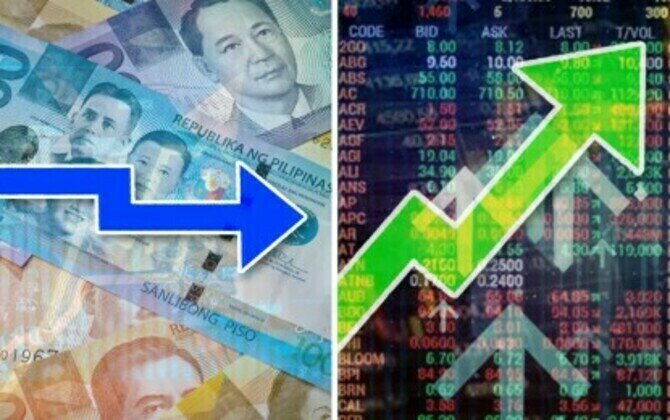 MANILA - Risk-on sentiment ahead of earnings reports, sales, and US' housing data mainly lifted the local stock barometer on Monday while the peso finished sideways against the US dollar.
After posting negative finishes last week, the Philippine Stock Exchange index (PSEi) recovered and rose by 1.93 percent, or 122.95 points, to 6,502.12 points at the start of this week.
All Shares followed with a jump of 1.41 percent, or 48.88 points, to 3,506.28 points.
All the sectoral gauges also increased during the day, led by the Property with 3.16 percent.
It was trailed by the Holding Firms, 1.97 percent; Services, 1.24 percent; Financials, 1.13 percent; Industrial, 0.93 percent; and Mining and Oil, 0.78 percent.
Volume reached 678.36 million shares amounting to PHP8.1 billion.
Advancers led decliners at 118 to 79, while 43 shares were unchanged.
Aside from the release of several economic data, Luis Limlingan, Regina Capital Development Corporation (RCDC) head of sales, said investors are also on wait-and-see stance for the rate decision of the Bangko Sentral ng Pilipinas' (BSP) Monetary Board (MB), which will have its third rate setting meeting for the year on Thursday.
"The street is mixed as to whether or not the central bank will keep the key policy rate untouched at 2 percent," he said.
The MB slashed the BSP's key rates by 200 basis points in 2020 to help cushion the impact of the pandemic by encouraging lending activities.
The average inflation in the first four months this year stood at 3.7 percent.
However, as inflation is on the rise, with the April 2022 figure already above the government's 2-4 percent target band after accelerating to 4.9 percent, some economists project the MB to start hiking the central bank's key rates given that first-quarter growth has exceeded expectations.
Growth, as measured by gross domestic product (GDP), expanded by 8.3 percent in the first three months this year from 7.8 percent in the previous quarter.
Meanwhile, the local currency kept its footing against the US dollar after ending the day at 52.493 from 52.45 last Friday.
It opened the day at 52.4, little changed from its 52.43 start in the previous session.
It traded between 52.499 and 52.38, resulting in an average of 52.455.
Volume totaled to USD529.84 million, lower than the USD978.4 million at the end of last week. (PNA)
}