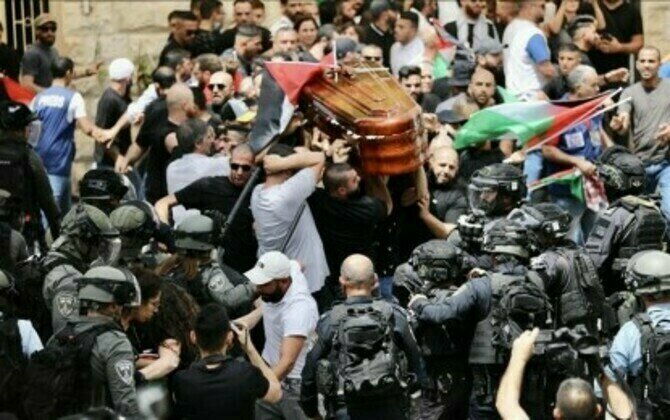 On Friday, Israeli police surrounded mourners and used stun grenades and batons to assault pallbearers carrying Abu Akleh's casket as it was being carried out of the hospital in East Jerusalem's Sheikh Jarrah neighborhood.

"What increases the awfulness of the scene is that it took place inside the hospital campus without any consideration for the sanctity of the place or the occasion," hospital director Jamil Kousa told a press conference.

He said the Israeli police attack took place although the hospital is sponsored by the Vatican and the French state.

"They stormed the hospital, attacked the casket and pallbearers, fired rubber bullets and scared patients and visitors," Kousa lamented.

Abu Akleh, a veteran 51-year-old journalist, was covering an Israeli military raid near the Jenin refugee camp in the occupied West Bank when she was shot dead on Wednesday. Palestinian officials and her employer, Al Jazeera, say she was murdered by Israeli forces. (Anadolu)