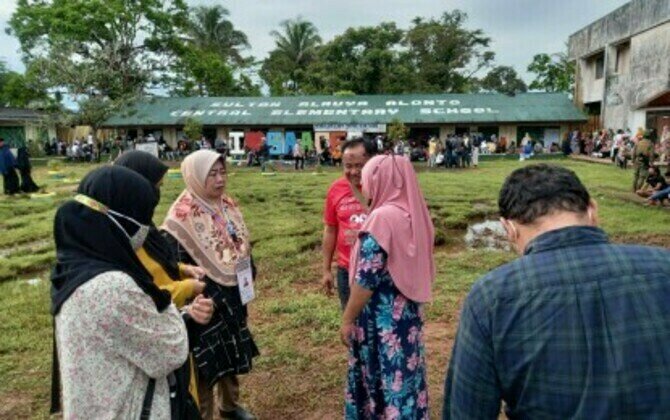 MANILA - The Commission on Elections (Comelec) on Monday said it will go after the perpetrators of poll-related violence that caused "failure of elections" in 14 villages in Lanao del Sur province.

In a virtual public briefing on Monday, Comelec commissioner George Garcia said extra security measures are in place for the conduct of special elections in the municipalities of Butig, Binidayan, and Tubaran on May 24.

A total of 8,295 are expected to cast their votes.

"Hahabulin po namin sila. At the same time, tandaan po natin na napakaliwanag 'yan sa Section 261 sa Omnibus election code na ang ganitong klase ng panghahablot at pagkuha ng election paraphernalia ay isang election offense (We will go after them. At the same time, they should remember that it is clearly stated in the Omnibus election code that snatching of election paraphernalia is an election offense)," he said.

The Armed Forces of the Philippines and the Philippine National Police have deployed more personnel to ensure the special polls will not be disrupted.

"Sisiguraduhin natin na lahat ng botante sa mga presintong yan sa labing apat na [barangay] ay makakaboto sa Mayo 24 (We will make sure that all the voters in those precincts in 14 villages can vote on May 24)," Garcia said.

Comelec's deputy director for operations is already readying actions against the reported violence, including criminal charges, he added.

"We continue to prepare and we see no obstacles in the May 24 special elections," he said during a press briefing.

Post-election violence was also reported by the Lanao del Sur Police Provincial Office on May 12, citing some election officers, a municipal treasurer, and other canvassing staff harassed by supporters of candidates as they were about to start canvassing on May 10.

"The commotion caused the stoppage of canvassing momentarily and the Municipal Board of Canvassers headed by the Election Officer decided to transfer and continue the canvassing process at Lanao del Sur Provincial Capitol in Marawi City due to security threat," the statement read.

Escorted by the police and military, the staff transferred all election paraphernalia, including vote counting machines, to the capitol.

So far, the Comelec had already canvassed 159 out of 173 Certificates of Canvass. The remaining 14 are from overseas voting.

"We need to look deeply into those incidents and investigate them, not only to punish the ones involved but also to prevent these from happening in the future," he said in Filipino. (PNA)