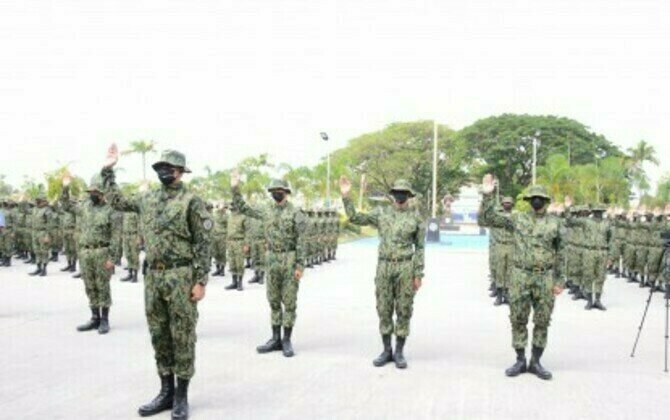 The new cops were chosen after a stringent screening process by the Regional Screening Committee on Recruitment led by Brig. Gen. Narciso D. Doming, PRO-3 Deputy Regional Director for Administration.

Baccay, in his message, congratulated the rookie police officers for choosing to become members of the Philippine National Police (PNP).

"To the newly-appointed police officers, let me remind you that being a police officer is a mere privilege, all of us wearing this uniform, we are serving because of the pleasure and under the pleasure of our appointing authority and that is the Filipino people na nagbibigay suporta sa ating lahat (who give support to all of us)," he said in the live-streamed event.

"Huwag ninyong sasayangin ang pagkakataong ibinigay sa inyo at lagi ninyong alalahanin na madami ang ipinatawag upang umanib, ngunit kayo ang pinalad na mahirang (Do not waste the opportunities given to you and always remember that there are many who were called to join but you are fortunate to be chosen)," he added.

Baccay also advised rookie officers to stay on the straight path amid the PNP's campaign to weed out erring personnel.

"Let me remind everyone that I will be quick in dismissing you if you are engaged in inappropriate and illegal activities. We need dedicated, honest, and responsible police officers. So, make sure that you are sincere about this. Always remember that what is right must be left right, what is wrong must be set right," he said.

After their oath-taking, the new police officers will further undergo one-year training at the Regional Training School 3 in Magalang town, this province. (PNA)