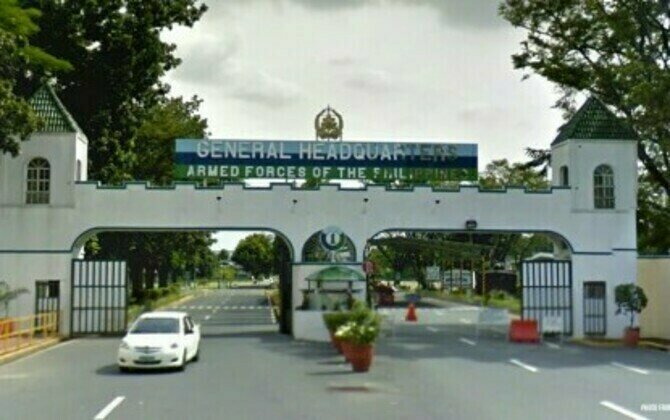 MANILA - President Rodrigo Roa Duterte has signed a new law that sets the term of the chief of staff and other senior military officers holding key positions in the Armed Forces of the Philippines (AFP) to three years.

Under the law, the President may extend the tour of duty "in times of war or other national emergency declared by Congress."

The new law also provides a tour of duty of four years for the superintendent of the Philippine Military Academy (PMA) "unless sooner terminated by higher authority."

Except for the position of chief of staff, the PMA superintendent will not be eligible for any other position in the AFP and will be compulsorily retired after completion of the fixed tour of duty or upon relief from office.

No general/flag officer who is more than 58 years of age will be appointed as PMA superintendent.

The law sets to 56 or the accumulation of 30 years of satisfactory active duty, whatever is later for those in the grades of second lieutenant/ensign (0-1) to colonel/captain (0-6).

It also sets to 59 or the maximum tenure-in-grade as defined in this act, whichever comes earlier, those in the grades of brigadier general/commodore (0-7) to lieutenant general/vice-admiral (0-9).

RA 11709 prohibits a retired or resigned military officer from being appointed as Secretary of National Defense within one year from the date of the officer's retirement or resignation.

The law is expected to enhance professionalization in the organization by strengthening the merit system, allowing the new leadership a longer period to implement reforms, and institutionalize sound policies that will redound to the improvement of the AFP.

It also aims to promote the most qualified officers to higher ranks; obviate revolving door accommodation promotions to successfully create a new culture of excellence in leadership and accountability in the AFP, and refine and improve the rules on retirement and commissionship.