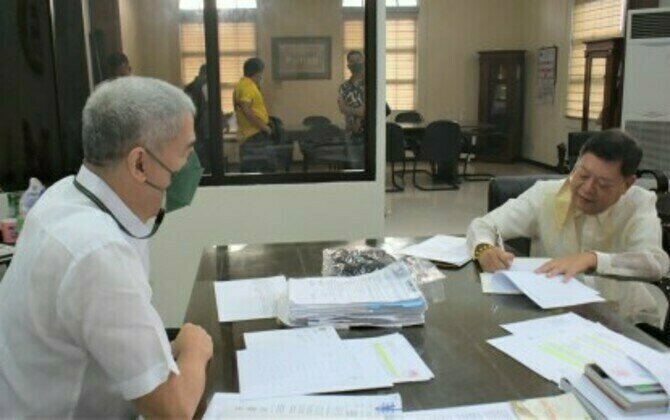 BACOLOD CITY - Efforts to revive the Negros Island Region (NIR) is expected to continue in the next administration as Negros Occidental fifth district congressman-elect Emilio Bernardino Yulo expressed support for the proposal in the House of Representatives.

"I have made the commitment to support any initiative to revive the NIR," he told reporters after taking oath before Governor Eugenio Jose Lacson at the Provincial Capitol here on Monday.

Yulo, both former board member and vice governor, was elected congressman for the first time after defeating incumbent Rep. Ma. Lourdes "Marilou" Arroyo-Lesaca, sister-in-law of former president Gloria Macapagal-Arroyo, in the May 9 elections.

He said the revival of the NIR is important for the fifth district since five of the six localities under its jurisdiction are located at the boundary of the two provinces, straddling six localities in Negros Oriental.

The fifth district also has two main gateways to the other side of the island. Several other possible access roads to Negros Oriental have also been identified.

"I think its important at this time to open up these portals to bring more development," Yulo added.

The proposed legislation seeks to create the NIR "for greater economic coordination and more efficient delivery of public services to promote sustainable and inclusive economic development in Negros Occidental and Negros Oriental."

In the Senate, Majority Leader Juan Miguel Zubiri also filed Senate Bill 2453, or the NIR Act, which seeks to bring together Negros Occidental, Negros Oriental, and Bacolod City, and establish these as a single administrative region called the Negros Island Administrative Region.

On May 29, 2015, the NIR was formed after then-President Benigno Aquino III signed Executive Order (EO) 183 that separated Negros Occidental from Western Visayas and Negros Oriental from Central Visayas.