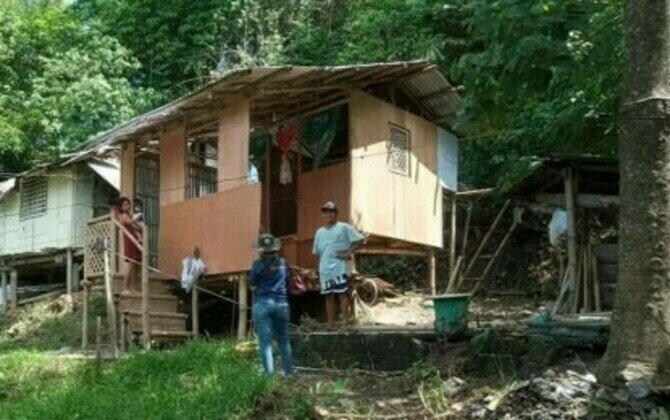 SAN JOSE DE BUENAVISTA, Antique - The Integrated Provincial Health Office (IPHO) is conducting house-to-house health information advocacy and sanitation surveillance due to the increasing dengue cases in Antique.
IPHO personnel Sheree Vego said they have strengthened their advocacy campaign to make sure that homeowners are aware of dengue prevention measures.
"There are now 257 cases of dengue in the province as of May 7," she said in an interview Monday.
The five municipalities with the highest dengue cases are Sibalom with 69, San Jose de Buenavista with 42, Bugasong with 34, Hamtic with 30, and Anini-y with 27.
Vego said 257 dengue cases from January 1 to May 7 is 29 percent higher compared with the same period last year when there were only 200 cases.
She added although dengue is now considered a year-round disease, the sporadic rainfall led to the increase in cases.
The IPHO, however, did not record additional death to the two that were earlier reported on April 12 in Barangay Sido in Sibalom, and on February 5 in Barangay Ilawod, Bugasong.
The IPHO on Tuesday will have a stakeholders' meeting with the Provincial Disaster Risk Reduction and Management Office (PDRRMO), Department of the Interior and Local Government (DILG), Department of Education, Department of Education (DepEd) and the Department of Labor and Employment (DOLE) so that they could plan out measures against possible outbreak of dengue.
"We will be tapping DOLE's Tulong Panghanapbuhay sa Ating Displaced/Disadvantaged Workers Program (TUPAD) to help in the cleanliness drive," Vego said.
DOLE's information officer Donnabelle Baldona said in a separate interview that they are implementing TUPAD with 6,639 members of the informal sector being provided with temporary livelihood through gardening, repair and maintenance of schools, declogging of canals and other community work in the different towns of the province.
TUPAD workers will be paid PHP395 daily wage by DOLE for each of their 10-day work.
As part of the cleanliness drive, Vego said TUPAD workers will be requested to get rid of the stagnant water that serves as mosquito breeding places. (PNA)
}