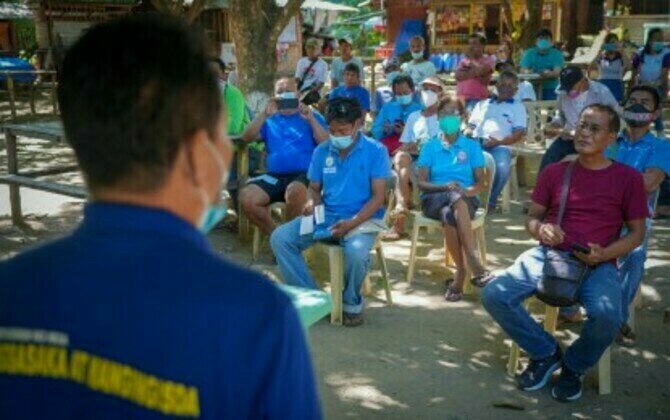 CITY OF SAN FERNANDO, Pampanga - The Bureau of Fisheries and Aquatic Resources-Central Luzon (BFAR-3) has equipped fishermen as well as residents of San Clemente, Tarlac with the necessary skills and knowledge on how to invigorate inland bodies of water to sustain fish production.

BFAR-3 Regional Director Wilfredo Cruz said on Monday that 40 fishermen and villagers in Barangay Maasin were taught scientific and regulatory applications to rehabilitate and restore inland waters as part of the continuing efforts to revitalize the aquaculture industry.

This is under the agency's Balik Sigla sa Ilog at Lawa (BASIL) program.

Cruz said the locals were encouraged to safeguard minor lakes, rivers, dams, and reservoirs such as the Maasin River to make them a source of livelihood.

"Hindi po ako nagdalawang-isip na magtungo roon dahil kailangan maging aware ang mamamayan at lokal na pamahalaan sa kung ano ang mayroon sa ilog at kung ano ang pwedeng gawin para mapanatili nating sagana sa isda ang mga ito (I did not think twice to go there because there is a need to make the residents and local government aware on what the river has and what can be done to make the river abundant of fish)," he said in a statement.

Aside from the orientation training, BFAR also conducted communal stocking of fingerlings in the area.

Cruz said he sees the huge potential for socio-economic development in the area through the proper implementation of the BASIL program.

Launched in 2017, BASIL is a five-year program that aims to restore lakes and rehabilitate fisheries through scientific methods such as laboratory testing for fish breeds to ensure natural food production. (PNA)