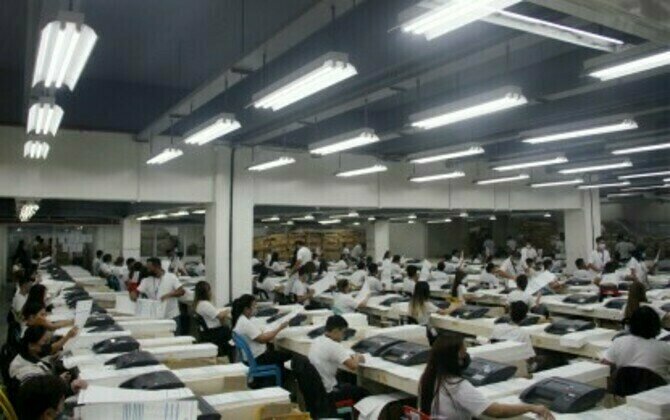 MANILA - Government employees will now be receiving a night shift differential pay, according to a new law signed by President Rodrigo Duterte.

Republic Act (RA) No. 11701, signed by Duterte on April 13, grants a night shift differential pay to government employees including those in government-owned or -controlled corporations (GOCCs) working between the hours of 6 p.m. to 6 a.m.

"Government employees occupying position items from Division Chief and below, or their equivalent, including those in government-owned or -controlled corporations, whether the nature of their employment is permanent, contractual, temporary, or casual, shall be paid night shift differential at a rate not exceeding 20 percent of the hourly basic rate of the employee, as determined by the head of the agency, for each hour of work performed between the hours of 6 in the evening and 6 in the morning of the following day," the law read.

Under RA 11701, the night shift differential pay provided under this Act will be in addition to and will not in any way diminish whatever benefits and allowances are presently enjoyed by government employees.

Government employees not covered by the Act are those whose scheduled office hours fall between 6 a.m. to 6 p.m.

Services rendered beyond the regular eight-hour work schedules are paid overtime pay in accordance with existing laws, rules, and regulations.

Also not covered are government employees whose services are required, or are on call, 24 hours a day such as uniformed personnel of the Armed Forces of the Philippines, the Philippine National Police, the Bureau of Jail Management and Penology, the Bureau of Fire Protection, and other similarly situated as may be determined by the Civil Service Commission (CSC) and the Department of Budget and Management (DBM).

The CSC, in coordination with the DBM, must promulgate the necessary rules and regulations for the effective implementation of this act.

For the national government entities, the amount must be charged against existing appropriations for the purpose of the departments, bureaus, offices, and agencies concerned.

Thereafter, such sums as may be necessary for the continuous implementation of this act must be included in the annual general appropriations act.

For local government units, the amount must be charged against their respective funds, subject to the provisions of Section 325 and 331 of Republic Act No. 7160 or the Local Government Code of 1991.

For GOCCs and their subsidiaries, the amount shall be charged against their respective corporate funds. (PNA)