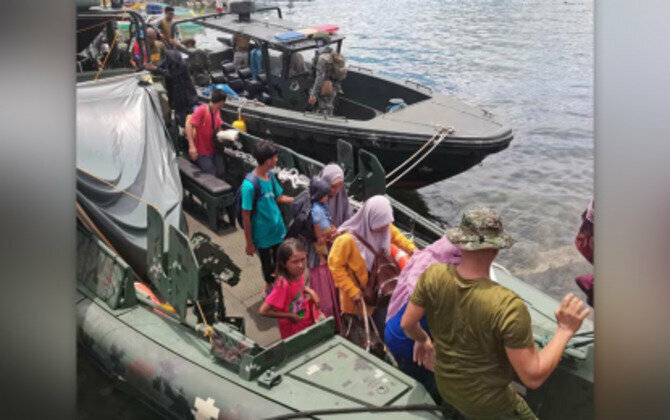 Brig. Gen. Romeo Racadio, Joint Task Force (JTF)-Tawi-Tawi commander, said the victims were rescued around 10:40 a.m. Sunday between the islands of Mantabuan and Banaran in the municipality of Sapa-Sapa following a report from a resident.

Racadio said a fire rescue team onboard Speedboat Fiber 10 (SBF-10), together with the crew from the 82nd Marine Company coordinated with the municipal government of Sapa-Sapa for the search and rescue operation.

"Not only were the troops had a role in the rescue efforts, even the civilians in the area lend a hand to the military counterparts," said Racadio, who is also the 2nd Marine Brigade commander.

The victims were on the way to Bongao coming from Sapa-Sapa when their boat caught fire.

The victims were ferried to the wharf of Barangay Lamion, Bongao, Tawi-Tawi where they were provided with medical assistance facilitated by the Forward Support Medical Team of the Naval Task Group Tawi-Tawi.

All rescued individuals were found to be in good physical condition and were later turned over to their relatives in Bongao municipality. (PNA)