Sweden to send delegation to Turkiye to discuss NATO membership 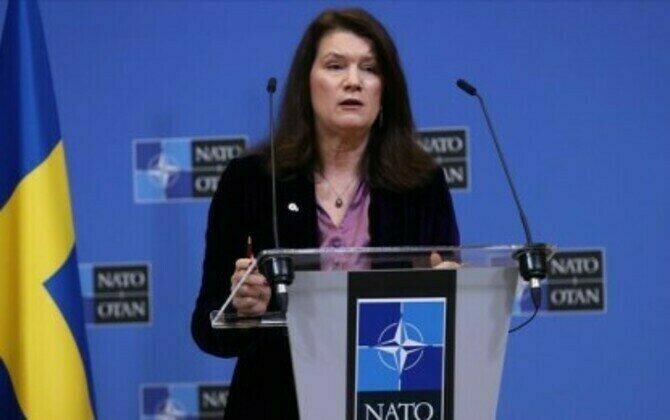 STOCKHOLM - Sweden will send a delegation of diplomats to Turkiye to discuss the Scandinavian country's decision to apply for NATO membership, the government announced Sunday.

Swedish Foreign Minister Ann Linde confirmed that the delegation will visit Turkiye and said it will be sent to Ankara very soon to evaluate the ruling Social Democratic Party's decision in favor of joining NATO.

Cyberattacks will be increased, she said, adding there will be a movement on the border.

On Saturday, the Social Democratic Party administration decided to apply for NATO membership. With this decision and with the support of right-wing parties in parliament, Sweden's application for NATO membership is considered definitive.

Turkish Foreign Minister Mevlut Cavusoglu, who met with Linde at an informal meeting of NATO Foreign Ministers in the German capital Berlin over the weekend, said Sweden and Finland openly support the PKK/YPG terrorist organization.

Earlier, Prime Minister Magdalena Andersson said this would be the best decision for Sweden's security.

After the decision is discussed in parliament on Monday, Sweden and Finland are expected to formally apply together for membership by Wednesday at the latest. (Anadolu)