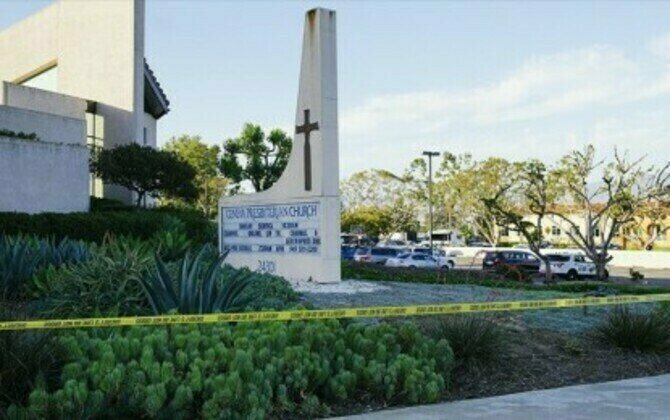 WASHINGTON - One person was killed and four others were critically injured Sunday during a shooting at a church in Orange County, California, according to authorities.

The shooting took place inside Geneva Presbyterian Church on the 24000 block of El Toro Road in Laguna Woods, the Orange County Sheriff's Department said on Twitter.

"We have detained one person and have recovered a weapon that may be involved," said the tweet.

The suspect was detained at the scene.

The shooting came a day after a racially motivated mass shooting in Buffalo, New York, which left at least 10 people dead and several others injured.

"No one should have to fear going to their place of worship. Our thoughts are with the victims, community, and all those impacted by this tragic event," said the office. (Anadolu)