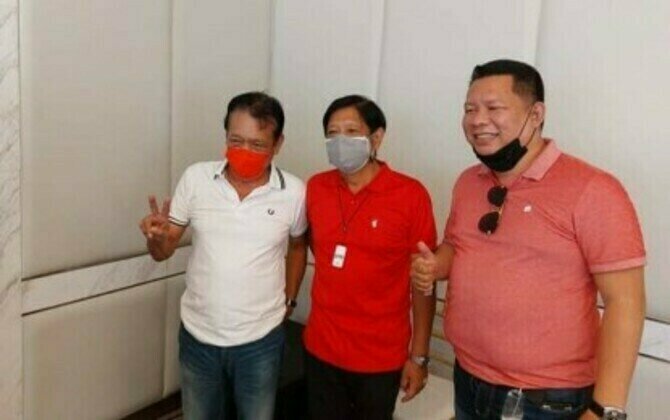 SAN JOSE DE BUENAVISTA, Antique - A mayor who supports presumptive president Ferdinand "Bongbong" Marcos Jr. has urged Antiquenos to cooperate with the new administration as the majority of the Filipinos have given him an overwhelming mandate.
Hamtic mayor Julius Pacificador said in an interview Monday they will have to set aside their own prejudices and give the Marcos administration a "chance to do something" for the country.
"I am very optimistic with the BBM administration," he said.
Pacificador said it is already time that Antiquenos unite together again with the election already over so that development could be pushed through in their province.
"Having Senator Loren Legarda from Antique under the BBM ticket, we could really expect more projects for the province," he added.
Pacificador said for his hometown, he will lobby for more road infrastructure projects from the national government and also for more support for the local farmers.
"We need to connect the 10 upland barangays in our hometown through the construction of access roads," he said.
Hamtic has 47 barangays, of which 10 need access roads to make it easier for farmers to bring their farm produce to the public market in the town proper.
Farm inputs and machineries are needed by farmers to have good production.
Pacificador is the nephew of Antique's former assemblyman Arturo Pacificador, who was a known ally of the late President Ferdinand Marcos Sr.
During the May 9 elections, he was elected vice mayor. He will be succeeding his son, his namesake Julius Jr., effective noon of June 30, 2022, who was elected town mayor. (PNA)
}