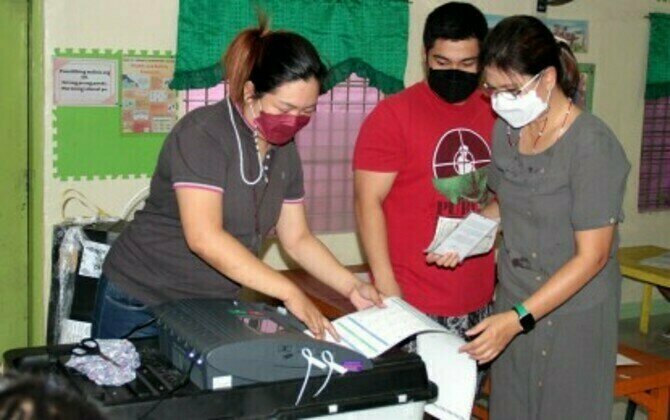 MANILA - The spokesperson of the Department of the Interior and Local Government (DILG) on Monday said the recent national and local elections was one of the most successful, as he dismissed claims of electoral fraud and other forms of cheating.

DILG spokesperson and Undersecretary Jonathan Malaya said the allegations are not supported with data and facts on the ground.

"Essentially napakaganda po ng nakaraang eleksyon (the recent election was commendable). I think this is one of the most successful conduct of elections in recent memory,'' Malaya said during the National Task Force to End Local Communists Armed Conflict (NTF-ELCAC) press briefing.

He attributed the "peaceful" elections to the reforms set in place, including the automation of the elections and focused deployment of police officers in all areas.

Malaya said the success of the May polls is measured not on the actual election day only but even months leading to it.

"Kasi bago ako napunta sa (Before I was appointed to) DILG, I was with the Department of Education (DepEd) and (during) elections we were the ones deploying teachers for the elections and I think the reforms that we did since the beginning up to now, including the automation of the elections, the focused deployment of police in all areas, the use of PNP officers as BEIs (Board of Elections Inspectors) in areas where there is harassment and intimidation of regular teachers," he said.

Citing Comelec, Malaya said less than 1,000 vote counting machines malfunctioned or less than one percent of the entire inventory of the VCMs.

"Yung walang problema (Those with no problem [VCM]) is 99.2 percent. So there is really no debate [election results] anymore," Malaya said.

Malaya also cited that there were only 20 validated election-related incidents in the last elections, much lower compared to previous national and local polls.

He said on the part of politicians, no permit-to-campaign fees or any form of support were given to the rebel groups who use these schemes to extort money.

"I hope walang nangyari na hindi natin na-monitor (that there is no instance where we failed to monitor (politicians providing support to the NPA) but in so far as our intelligence (report) is concerned, this has been been a very successful elections because as mentioned kanina (earlier) it is a combination of factors. The support of the local government units (LGUs), our focused military and police operations, the retooled communist support program, this support to the barangay development program, all of these have contributed to the severely diminished capacity of the CTGs (communist terrorists groups) to collect and harass our politicians," Malaya said.

"But this is not just the DILG, but the entire NTF-ELCAC that vigorously reminded local officials that the goal of the task force in eradicating CTGs depends on them," he added.

Meanwhile, in a radio interview, DILG Undersecretary Epimaco Densing III said projects related to crime monitoring activities would be recommended to the incoming officials of the department.

"Nasa sa kanila na po 'yun kung gusto nilang ipagpatuloy pero highly recommended po 'yun, kung nasimulan lang sana ng maaga nung 2019 dapat patapos na 'yan today (It is up to them if they want to pursue the said program but it is highly recommended. If only this was started in 2019 this would have been finished by now),'' Densing said.

However, Densing admitted that one project the department did not pursue was the Safe Philippines Program since the funds for the PHP20-billion project were not released.

He noted that they withdrew from the project "as early as late last year since we believe that the funding approval will come in late" adding that the funds were not released even if the project was already approved.

As to the use of body cameras during operations, Densing has called for their continued use under the next administration, citing that it is the "most important project" that should be continued to determine any human rights violation.