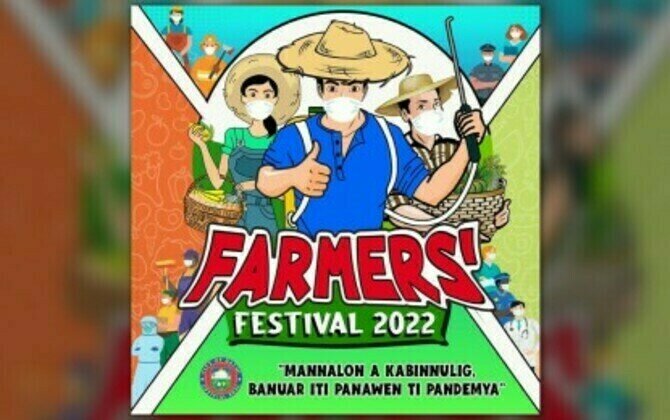 BATAC CITY - Officials and residents in the city of Batac, Ilocos Norte are once again showing their gratitude to their farmers through a weeklong festivity that includes activities like vlogging and doing TikTok challenges.

Hosted by the city government of Batac and led by reelected Mayor Albert D. Chua, the week-long farmers festival will kick off on Tuesday, May 17, with a thanksgiving mass at the Immaculate Conception Parish in Batac City.

"Agriculture remains as a major source of livelihood of Batacquenos hence, it is just fitting to recognize the hardworking men and women farmers who ensure there is enough food on the table for every home," he said.

To encourage farmers to increase their productivity, various farm machinery and agricultural inputs like palay seeds, hybrid vegetable seeds, and drying nets will be distributed to them per barangay.

Organizers, likewise, prepared several competitions for the farmers, like a vlogging contest and a Tiktok challenge, which will be presented for viewing and judging on Tuesday.

Other highlights of the festival also include a painting and poetry contest, a search for the best local recipe, and a search for the best produce through its "pinaka"| (best) crops and fisheries competition, a photobooth and "gulayan sa barangay," a bike fun challenge, and a food bazaar.

Over the years, farmers here get the most out of their produce. When Batac became a city, the city government allocated at least PHP1 million each for the city's 43 villages for the construction of farm-to-market roads, the improvement of agricultural infrastructure, and purchase of better facilities.

In the midst of the pandemic, Chua said he could not thank the farmers enough for sustaining the needs of the people during the hard lockdowns.

With the all-out support of various government research and technology institutions that nurtured farmers' education, training, and application of the right technology and adoption of the latest trends in sustainable agriculture, the Batac farmers continued to lead the province and the country in terms of producing high-value commercial crops, including major staples, like rice, corn, and tobacco among others. (PNA)