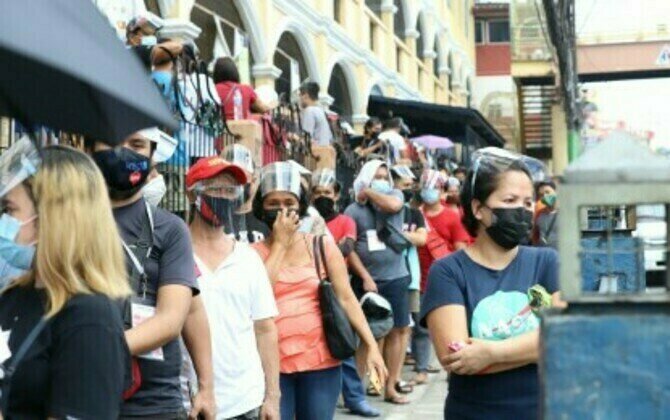 MANILA - The OCTA Research Group said Monday there are no threats of increase in Covid-19 cases so far to warrant a downgrade in the current alert level of Metro Manila and other areas.

Metro Manila and 85 other areas are under Alert Level 1 until May 31.

Since the campaign period started in February, the OCTA Research Group has not seen any "sustained increase" in Covid-19 cases. But there were sudden spikes that are considered small and clustering of cases.

David noted that the clustering of cases did not spread "maybe because the country's ball of immunity due to Covid-19 vaccines and natural immunity is still high".

However, these are not definite as cases could increase few weeks after the May 9 elections and with the detection of BA.2.12.1 Omicron subvariant in Metro Manila and Palawan.

In South Africa, the detection of the highly transmissible Omicron subvariants BA.4 and BA.5 caused an increase in the average daily cases - from 1,000 to 8,000 infections per day.