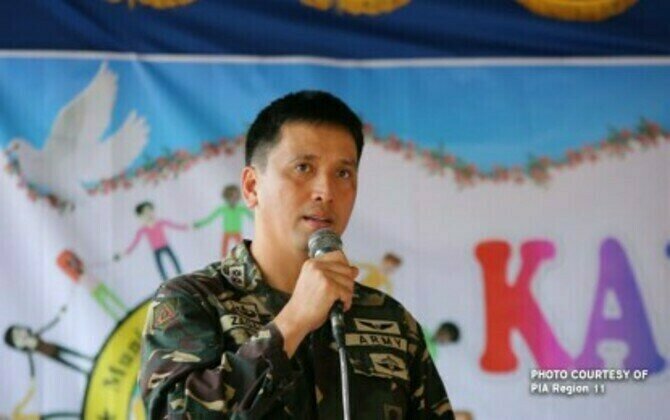 MANILA - Better communication and partnership between field units of the Armed Forces of the Philippines (AFP) and local leaders have effectively reduced attempts of the New People's Army (NPA) terrorists to carry out their extortion activities during the recent election season.

In a virtual press conference of the National Task Force to End Local Communist Armed Conflict (NTF-ELCAC) Monday, AFP spokesperson Army Col. Ramon Zagala hailed the local leaders for their understanding of the issues and knowing that dwindling resources of the NPA mean the eventual resolve of the insurgency problem.

"I think we have better communications now. We are able to explain well, especially our field units, sa atin mga (on our) candidates, ating mga (on our) political leaders, they are now our partners in finding solutions in defeating insurgency and uplifting the lives of our countrymen affected by the insurgency," Zagala said. "With these communication(s), it significantly lowered the ability of the NPA to collect permit-to-win and permit-to-campaign (extortion schemes)."

Since the NPA is now lacking popular support, Zagala said these communist terrorists are unable to move as freely as they want and carry out their extortion rackets such as permit-to-win and permit-to-campaign schemes.

"We believe in the Armed Forces that constant communication, partnership with our local chief executives is one of the key successes that we have, that is why the NPA are not able to collect," he said.

He attributed the "success" to the ongoing efforts by security forces and the NTF-ELCAC to address insurgency by reducing or destroying the remaining NPA strongholds.

Interior and Local Government Secretary Eduardo Ano earlier said there were no reports of politicians or local government unit officials paying permits-to-campaign fees or any form of aid to terrorist groups in this year's elections.

The Anti-Terrorism Council also formally designated the National Democratic Front as a terrorist organization on June 23, 2021, citing it as "an integral and inseparable part" of the CPP-NPA that was created in April 1973. (PNA)