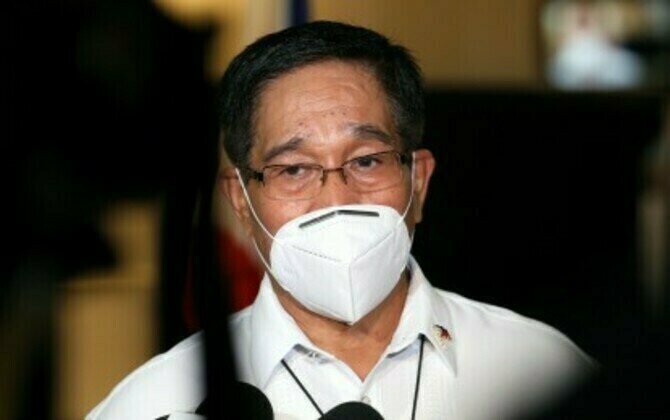 MANILA - Filipinos are aware and continue to be watchful of the deceptive tactics of the Communist Party of the Philippines (CPP), National Security Adviser (NSA) Hermogenes Esperon Jr. said.

In a statement posted on his Facebook page Sunday night, Esperon said any move by the CPP and its allies to instigate anarchy after the elections has failed.

"Our countrymen are aware and watchful of every move it makes to divide our people. THEY WILL SURELY FAIL AGAIN," he added.

Earlier reports claimed that the CPP and its allies are planning to infiltrate electoral protest actions of the supporters of losing presidential aspirant Vice President Robredo and other militant groups.

"We can expect the CPP to hatch another agitation, organization and mobilization plan again, maybe in June, August and September this year but it is on its own," Esperon said.

He added that these plans have been neutralized after Robredo called on her supporters to respect the will of the majority.

Based on unofficial count, Robredo lost to presumptive president Ferdinand "Bongbong" Marcos Jr. by a huge margin of about 17 million votes. Marcos garnered over 31 million votes while Robredo only about 14 million.

"Hindi pwede na tayo pa ang maging dahilan sa lalong pagkawatak-watak ng ating bansa (We cannot allow ourselves to be the reason for the divisiveness in our country). This was the message of Vice President Leni Robredo after she encouraged her supporters to respect the will of the majority. With all certainty, I can declare that the insidious plan of the CPP to foment anarchy, the very intent of the 'Black Friday' movement, has failed," he said.

Earlier, the Armed Forces of the Philippines said it was ready to counter attacks or violent activities that might be carried out by New People's Army (NPA) in the countryside following reports that militant groups will stage protest actions last May 13.

He also assured the public that the military is in "control of order", especially against the NPA.

He said that those participating in these actions, especially their leaders, must be aware of the identities of people or groups joining them to prevent infiltration from CPP-NPA members and their allies.

The Anti-Terrorism Council also formally designated the National Democratic Front as a terrorist organization on June 23, 2021, citing it as "an integral and inseparable part" of the CPP-NPA that was created in April 1973. (PNA)