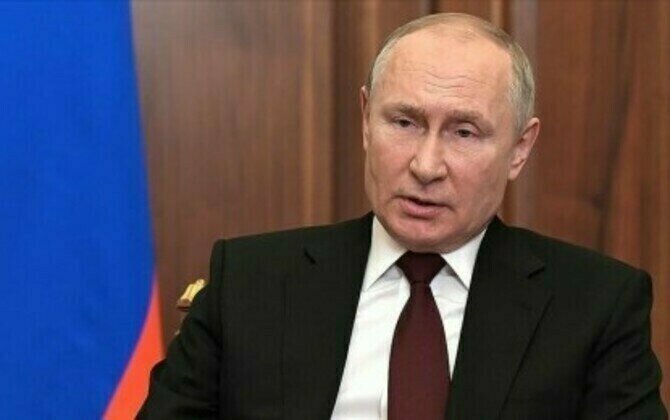 MOSCOW - The leaders of Russia and Finland on Saturday discussed the issue of Helsinki's admission to NATO and its possible affects to relations between the two countries.

According to a Kremlin statement, President Vladimir Putin talked to his Finnish counterpart Sauli Niinisto over the phone and stressed that abandoning Helsinki's traditional policy of military neutrality would be wrong since there were no threats to Finland's security.

Putin pointed out that Finland's admission to NATO may negatively affect their countries' mutually beneficial relations, which he said were built over the years in the spirit of good-neighborliness and partnership.

The two presidents also discussed the situation in Ukraine, with Putin informing Niinisto that Kyiv halted peace talks and showed no interest in "a serious and constructive dialogue," the statement said.

Finland and Sweden, which have pursued a policy of neutrality and non-alignment for decades, reconsidered their position after the beginning of the Russia-Ukraine war on Feb. 24.

At least 3,573 people have been killed and 3,816 injured in the war, according to UN estimates. The true toll is feared to be much higher.

Over 6.1 million people have fled to other countries, with some 7.7 million people internally displaced, according to the UN refugee agency. (Anadolu)